Report: Syria asked Iran not to attack Israel from its territories 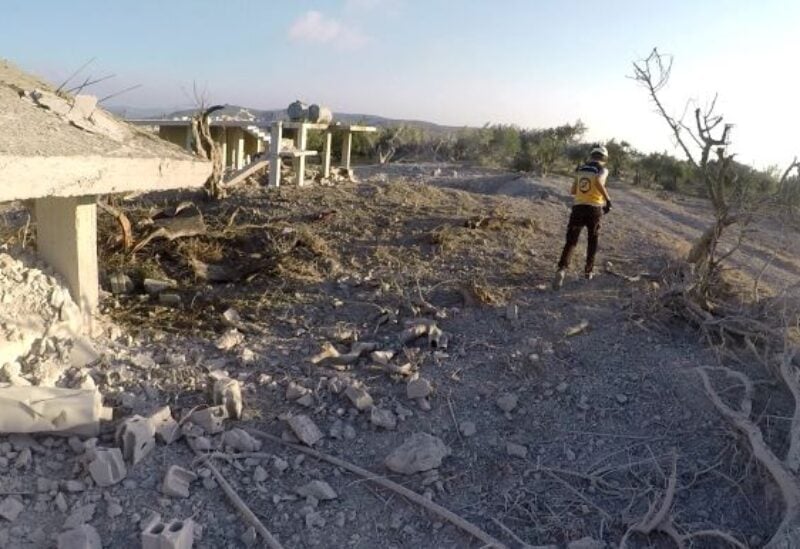 The New York Times reported on Friday citing a source in Damascus, that Syrian officials have asked Iran and its proxies not to carry out attacks against Israel from its territory.
It said this request led the Iran-led axis to retaliate against Israeli strikes by hitting US bases instead.
The source said the Syrian request came during a virtual meeting between Iran and Iran-backed parties from Syria, Iraq, Hezbollah in Lebanon, Yemen and the Iranian Revolutionary Guard Corps (IRGC) Quds Force.
Gheis Ghoreishi, an analyst close to Iran’s government with knowledge of the Revolutionary Guards’ strategy in the region, spoke about the meeting.
A person in the Syrian capital, Damascus, who is close to the Iranian forces there, confirmed on the condition of anonymity that the meeting took place.
“During their discussions, the Syrians said they did not want attacks against Israel to be launched from their territory so as not to risk an all-out war at a time when the country is already weakened,” the source said.
Due to this request, he added, “the axis of resistance decided instead to retaliate for the Israeli strikes by hitting US bases in Syria, hoping that Washington would then pressure Israel to back off Iran.”
Senior US officials told the newspaper that drone attacks carried out on August 15 against the al-Tanf base in Syria, which hosts US troops, was more sophisticated than previous attacks and may have been an Iranian attempt to respond to a previous Israeli airstrike.
A day earlier, at least three Syrian soldiers were killed in alleged Israeli airstrikes targeting sites near Tartus on the coast of Syria and near Damascus, according to Syrian state news agency SANA
Last week, the US launched airstrikes against the IRGC and Iran-backed militias in the Deir Ezzor region of eastern Syria in response to the August 15 attacks.
Iran-backed militias responded with rocket fire, with the US responding to the rocket fire with further airstrikes.
After the US airstrikes last week, Pentagon Press Secretary Air Force Brig. Gen. Pat Ryder said, “It’s our assessment that these groups are testing and attempting to see how we might respond.”
He added that “based on the strikes that we have taken, we’ve sent a very loud and clear message and a proportional message, that any threat against our forces who are operating in Syria, or anywhere, will not be tolerated.”
During the virtual meeting held by Iran and its proxies, military experts concluded that although the US military is stronger than Iran’s proxies in Syria and would likely respond, the Biden administration was trying to defuse tensions in the region and would not start a new war.
Based on that conclusion, the conferees decided to strike US bases in Syria in response to every Israeli strike.
Last Thursday, Syrian media had claimed that Israeli airstrikes targeted sites near Masyaf.
A number of fires were sparked by the strikes, with blazes and secondary explosions reported for hours after the strikes.
Initial reports indicated that at least one of the targets was the Syrian Scientific Studies and Research Center.