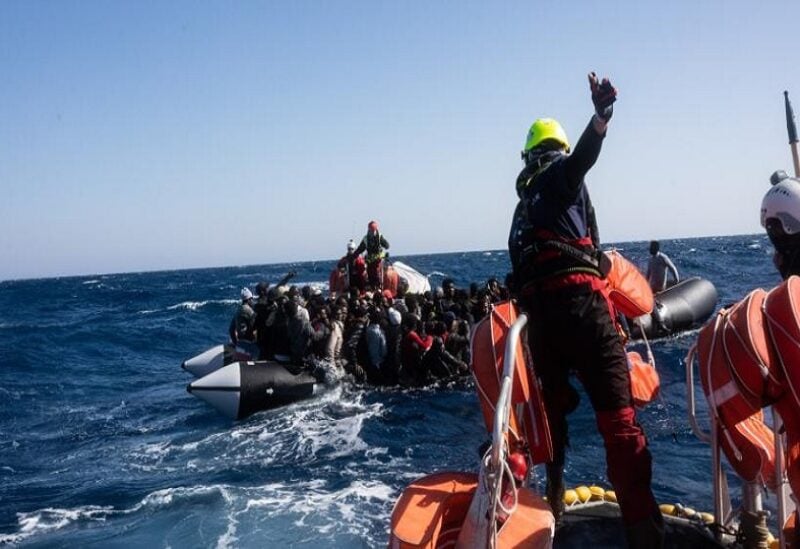 The rescue ship “Ocean Viking” rescued on Sunmday 128 men, women and children from an overcrowded inflatable boat off the Libyan coast in the Mediterranean

“Due to the extreme weather conditions, we were only able to recover one of the bodies,” it added.

The boat was on its way to Sicily, Italy, according to the VesselFinder vessel tracking website.

Most migrants leave from Libya in unfit boats to sail off the coast of North Africa, attempting a hazardous Mediterranean crossing to try and enter Europe through Italy.

The Italian Interior Ministry has recorded the arrival of 6,500 migrants by boat so far this year, up from 6,180 during the same period in 2021.