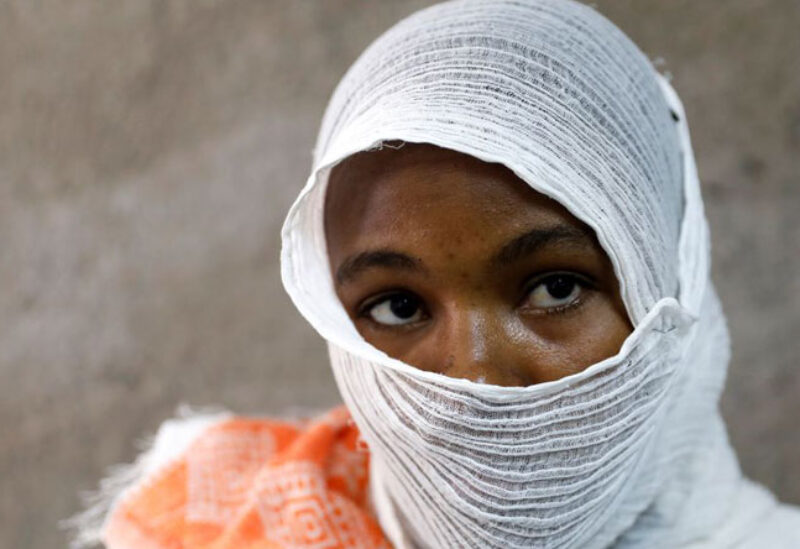 Amnesty International said on Wednesday, that as part of the 15-month war, dozens of women and girls were gang-raped by the tigrayan fighters in two towns in Ethiopia’s Amhara region last year, a fresh example of the horrific toll endured by the region.
Thirty (30) rape survivors, some as young as 14, and other victims of violence were interviewed by the rights watchdog to get a better picture of the atrocities in Chenna and Kobo in August and September after rebels from the Tigray People’s Liberation Front (TPLF) seized control of the towns.

In nearly half of the cases of sexual violence, victims were gang-raped; doctors told Amnesty that some survivors had suffered lacerations after rifle bayonets were inserted into their genitals.
According to a 14-year-old schoolgirl and her mother, both were raped by TPLF fighters who claimed the attacks were revenge for the atrocities their own families had suffered.

“One of them raped me in the courtyard and the other raped my mother inside the house,” she said.

“My mother is very sick now, she is very depressed and desperate. We don’t speak about what happened; it is impossible.”

The investigation follows the publication of an Amnesty report in November exposing tigrayan rebels’ sexual assaults in the Amhara town of Nifas Mewcha.

“Evidence is mounting of a pattern of Tigrayan forces committing war crimes and possible crimes against humanity in areas under their control in the Amhara region from July 2021 onwards.

“The first dead bodies we saw were by the school fence. There were 20 bodies lying in their underwear and facing the fence and three more bodies in the school compound. Most were shot at the back of their heads and some in the back.

“Those who were shot at the back of their heads could not be recognised because their faces were partially blown off,” one male resident said.

Satellite imagery analysis by the watchdog revealed the existence of new graveyards that the villagers also mentioned.

Amnesty International reports that the TPLF did not respond to the latest accusations. However, the rebel group has previously criticized the watchdog over its report on alleged atrocities in Nifas Mewcha, saying it would conduct its own investigation and prosecute the perpetrators. wions