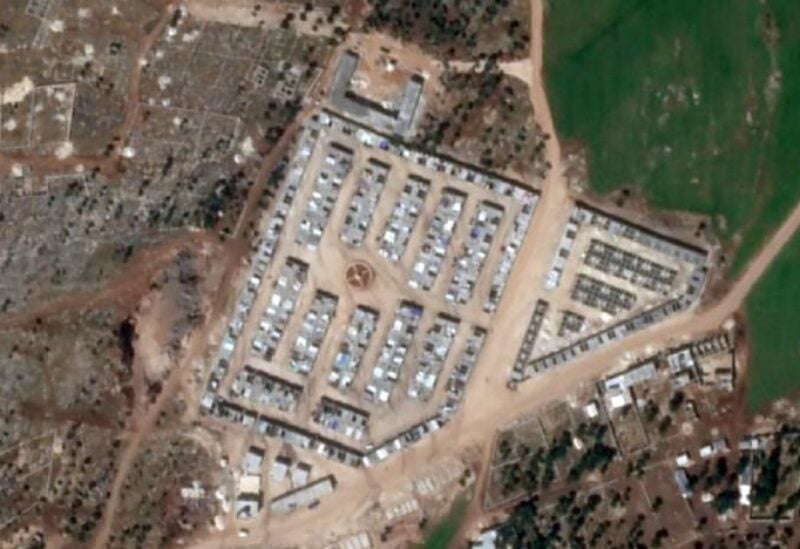 The Syrians for Truth and Justice (STJ) organization accused the Turkish government and its allied Syrian factions of building one of the largest “human settlements” to house fighters of the opposition Syrian National Army (SNA) and their families in Syria’s northern Afrin region.

The STJ report, “Residential settlements in Afrin: Demographic engineering plans or projects to shelter the displaced,” is based on testimonies of residents and local sources and of satellite images taken between January 2018 and April 2022.

“The residential complex is built on a large land in Jabal al-Ahlam, in the Kurd-Dagh, or Kurd Mountains, a highland region overlooking the city of Afrin,” the report said.

It revealed that the local council in Afrin, in cooperation with the Turkish state of Hatay, the Turkish Humanitarian Relief Foundation (IHH) and nine factions affiliated with the Ankara-backed SNA, have granted a number of local and international organizations a document, which is considered as a property deed, to start building the gathering at the foot of the mountains.

Bassam Alahmad, STJ co-founder and executive director, said the report relied on strict criteria to verify the information concerning the building of the settlement in Afrin.

“We sent a team of field researchers to the area. We verified all evidence with live testimonies from beneficiaries and local sources, and we matched them with exclusive satellite images,” Alahmad said.

He added that this housing project is not the only one in the region, but part of a group of similar projects to change the population and demographic structure of the Kurdish-majority Afrin region.

He accused Turkey of seeking to profoundly change the population structure in Afrin by building permanent housing projects for the SNA fighters and their families.

“This policy is part of a broader strategy to transfer the Syrian Kurds and any group that Turkey does not wish to see in northern Syria, to other regions,” Alahmad stressed.

Meanwhile, researcher Hiba Dabbas, head of the STJ press and human rights department, told Asharq Al-Awsat that their organization obtained a copy of the project’s engineering plan, which consists of three housing units.

“We also have the names of some contractors responsible for the building,” she said, adding that 25 percent of the units will be allocated to civilians and the rest of the project will go to fighters and their families.

Turkey has repeatedly denied accusations it was seeking demographic change in areas under of its control in Syria.