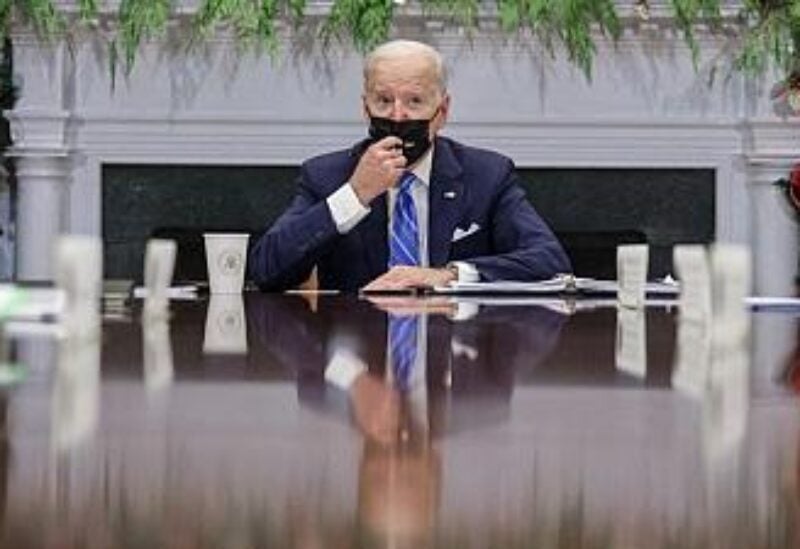 President Joe Biden is under criticism from health professionals, who are urging for more urgency, testing, masking, and worldwide vaccine sharing in the wake of a fresh rise in COVID-19 cases and deaths ahead of the Christmas and New Year holidays.

Biden, a Democrat, started office in January promising to eradicate the coronavirus. In contrast to his predecessor, Republican Donald Trump, who minimized the pandemic’s seriousness, disregarded numerous preventative efforts, and discredited health professionals, he presided over a huge vaccination deployment and enacted a $1.9 trillion pandemic relief package.

However, eleven months into Biden’s presidency, the US has documented 800,000 COVID-19 fatalities, with over 300,000 occurring under his watch, the greatest number and per capita among the Group of Seven (G70 richest nations). Hospitals in some places are reporting record high numbers of COVID-19 patients as the Omicron strain spreads and people congregate for the holidays.

According to the US Centers for Disease Control and Prevention, Biden’s vaccination effort has resulted in 65.2 percent of the eligible population getting completely vaccinated. Due to Republican-led resistance, some states’ percentages are lower than 50%. Only about a third of the population has the supplementary booster injection that is thought to be essential to defend against Omicron.

The administration needs to push mask wearing, increase pressure on companies to bring down the cost of tests, share technology on vaccines globally and secure more funding to fight the pandemic on a broad scale, health experts said. Many said the White House had let such measures slide while focusing on getting people inoculated.

“Where’s the leadership that asks for national sacrifice at a time of emergency?” said Gregg Gonsalves, an associate professor of epidemiology at Yale University. Biden should “get on TV tonight and say: ‘I want you to mask up.'” he said.

The White House has repeatedly said it has the tools to fight Omicron without shutting schools and businesses, while promising more free tests and widespread booster distribution.

Biden will speak on Tuesday about new plans, including driving home his message to unvaccinated Americans to get a shot and for those who are vaccinated to get a booster.

Biden’s toughest challenge fighting the pandemic has been political.

Despite the abundance of free and safe vaccines, misinformation spread through social media platforms and pushback on health measures, driven largely by Republican politicians and conservative media, have thwarted his efforts to persuade pockets of the U.S. population to get vaccinated.

The administration vowed early on to crack down on private companies spreading vaccine-related misinformation, but it persists.

“I think they underestimated the fact that the anti-vaccine movement was first and foremost a political movement,” said Dr. Peter Hotez, dean of the National School of Tropical Medicine at Baylor College of Medicine. A leading killer of young and middle-aged adults in the United States is “anti-science aggression from the far right,” he said.

The White House has sought to depoliticize the issue, sending health officials onto Fox News, even as the cable channel’s conservative commentators sow doubt about vaccines and masks.

Despite their sometimes significant differences, the White House sees Fox News as an important outlet to disseminate public health information, including on Biden’s Omicron strategy, a White House official said. The president has sparred with Republican governors whose policies clash with his. More recently, his rhetoric has been less political, focused directly on urging people to get a shot. On Thursday, he sounded a grim warning, predicting a winter of “severe illness and death” for those who are unvaccinated.

Biden said earlier this month the government would require private health insurers to reimburse their 150 million customers for the cost of over-the-counter, at-home COVID-19 tests and make 50 million tests available free through rural clinics and health centers for the uninsured.

“There’s more uninsured Americans than that, and what we were only supposed to take one rapid test ever? These policies are completely inadequate,” said Angela Rasmussen, an American virologist at the Vaccine and Infectious Disease Organization at the University of Saskatchewan in Canada.

Surging demand for COVID-19 tests from U.S. employers bringing employees back to work exacerbated a nationwide shortage of rapid tests in the fall, driving up costs for state and local testing programs.

Former CDC Director Tom Frieden told Reuters the administration also needs to step up the promotion of mask wearing and that subsidizing the costs of masks or distributing them could help.

“Masks … and vaccination are by far the two most important interventions, and it’s still far too hard for someone to find out the quality of a mask they’re buying, to get masks at a reasonable price. It’s still too much of a Wild West out there in terms of the market,” he said.

The Omicron variant that is prolonging the global crisis may not be the last, as vast majorities of people in less-developed nations remain unvaccinated, giving the virus room to mutate.

Experts said the Biden administration could have done more to get vaccines to the rest of the world, protecting other populations and Americans as well.

“There’s been sort of an ongoing battle with the White House to do more,” said Gonsalves, noting the new Omicron variant came from abroad.