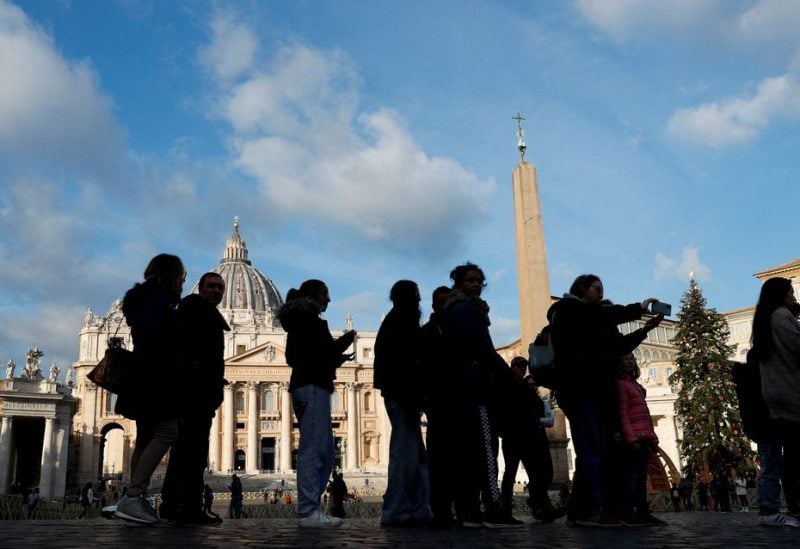 People queue to enter St. Peter's Basilica, the day after the announcement of the worsening condition of former Pope Benedict's health, at the Vatican, December 29, 2022. REUTERS/Remo Casilli/File Photo

The world was not paying attention when Pope Gregory XII, the last pope to step down before Benedict, passed away in 1417.

Gregory left his position in 1415 and lived out his remaining years far from Rome, practically in obscurity. In Recanati, a town close to the northern Adriatic coast, he was softly laid to rest.

With the passing of ailing 95-year-old Benedict, things will be very different.

The Vatican has painstakingly elaborate rituals for what happens after a reigning pope dies but no publicly known ones for a former pope. It will be at least partially scripting new protocols. They could be a template for other popes who choose to resign instead of ruling for life, including Pope Francis himself someday, Vatican sources say.

Those for a reigning pope include a 30-page constitution called “Universi Dominici Gregis,” Latin for “The Shepherd of the Lord’s Whole Flock,” and “Ordo Exsequiarum Romani Pontificis,” (Funeral Rites for a Roman Pontiff) a missal of more than 400 pages that includes liturgy, music, and prayers.

Those rules say a pope’s burial should take place between four and six days after his death as part of a nine-day period of mourning known as the Novendiale.

Vatican officials, who spoke on the condition of anonymity because they were not authorised to discuss such matters, said the script for Benedict’s passing would depend on two key elements: If Benedict himself left any instructions and decisions that will be taken by Pope Francis.

Francis has often praised his predecessor as a great pope who had the courage to resign, so he would probably like to give Benedict the most solemn ceremonial farewell as possible, perhaps even the whole works, one Vatican official said.

The last pope to die, John Paul II, was buried on April 8, 2005, six days after he died. His body first laid in state in the frescoed Clementine Hall for Vatican staff and then was moved to St. Peter’s Basilica for viewing by the public.

Millions of people queued up for hours to see him, in perhaps the biggest event in Vatican history, and monarchs and presidents attended his funeral.

He was first buried in crypts under St. Peter’s Basilica and moved in 2011 to a chapel on the main level of the largest church in Christendom.

Many people would want to pay their respects to Benedict, who succeeded John Paul in 2005 an resigned in 2013, so a period of lying in state would be likely, the sources said.

In 2020, Benedict’s authorised biographer, Peter Seewald, was quoted as telling Bavarian newspaper Passauer Neue Presse that the emeritus pope had prepared a spiritual testament stating that he wanted to be buried in the same crypt where John Paul II was originally laid to rest.

Benedict, as Cardinal Joseph Ratzinger, presided at John Paul’s funeral in 2005 in St. Peter’s Square and Francis is expected to preside at Benedict’s.

After the death of a reigning pope, the person in charge of ordinary affairs at the Vatican until the election of a new pope is the camerlengo, or chamberlain.

The position is currently held by Irish-American Cardinal Kevin Farrell but because the Church has a pope and there will be no conclave to elect another, Farrell would have no role.

Most of the work, including the scripting of an unprecedented event in Vatican history, will fall to Monsignor Diego Ravelli, the papal master of ceremonies.