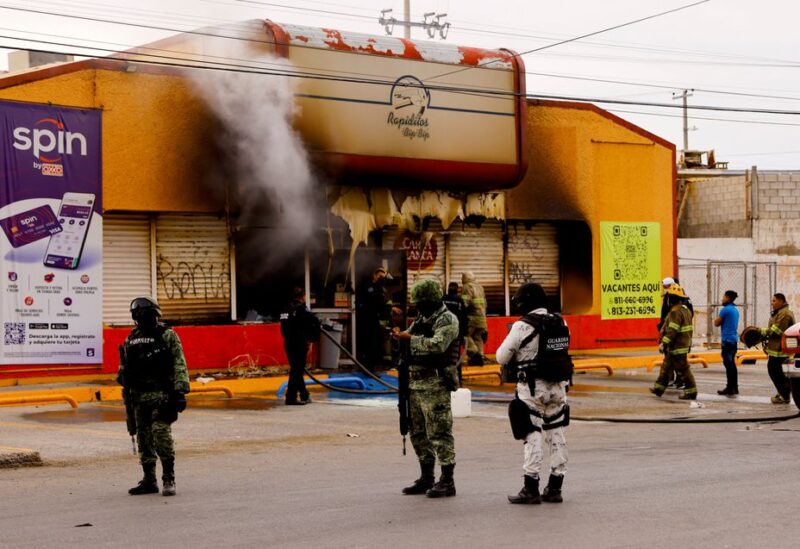 Security forces stand outside a convenience store that was burned by unknown attackers, in a simultaneous attack of fires in different parts of the city, according to local media, in Ciudad Juarez, Mexico, August 11, 2022

Authorities reported on Friday that a jail brawl between members of two rival gangs in the Mexican border city of Juarez sparked a riot and shootouts that killed 11 people, the most of whom were civilians.

A violence erupted, killing two people and injuring four others, according to Mejia, who was appearing alongside Mexican President Andres Manuel Lopez Obrador at a routine press conference. According to him, another 16 people were hurt in the battle.

The cause of the incident was not disclosed by officials.

According to officials, the Mexicles went on a spree across the city after the disturbance, murdering nine bystanders. Among them were four radio station personnel, including one announcer, according to Mejia.

Convenience shops were targeted and set on fire around town. According to FEMSA, the parent firm of the Oxxo chain, one of its workers and a lady searching for a job were slain in the incident.

The attacks on Thursday come after battles between cartels and the military in central Mexico, which resulted in the burning of cabs, buses, and 20 Oxxo shops, according to Lopez Obrador.