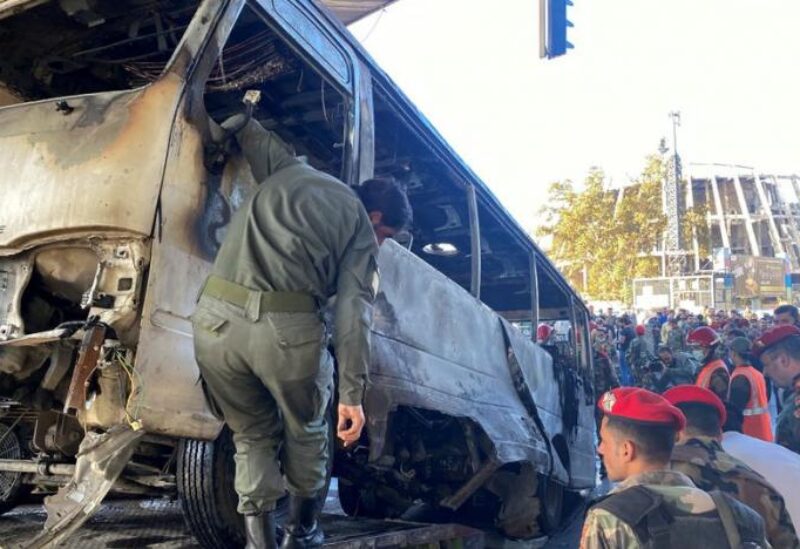 At least 13 Syrian military personnel were killed in a roadside bomb attack, as their bus crossed a bridge in central Damascus during early morning rush hour on Wednesday, state television reported.

Syrian state TV posted on its Telegram account images of the charred cabin of the bus, and rescue workers could be seen removing body parts. The channel reported at least 13 people were killed and three wounded.

Two explosive devices went off as the bus was on the Hafez al-Assad bridge, it said, adding a third device was defused by an army engineering unit in what officials said was a “terrorist” blast.

There have been several attacks this year on army vehicles in eastern Syria by suspected ISIS militants who still operate in the sprawling desert area.

The United Nations says at least 350,000 people have been killed during a war that started a decade ago.

Blasts in Damascus have been rare since forces loyal to President Bashar al-Assad took control of opposition enclaves around the city. Helped by Russia’s military presence and Iran’s militias, Assad now controls most of the country.