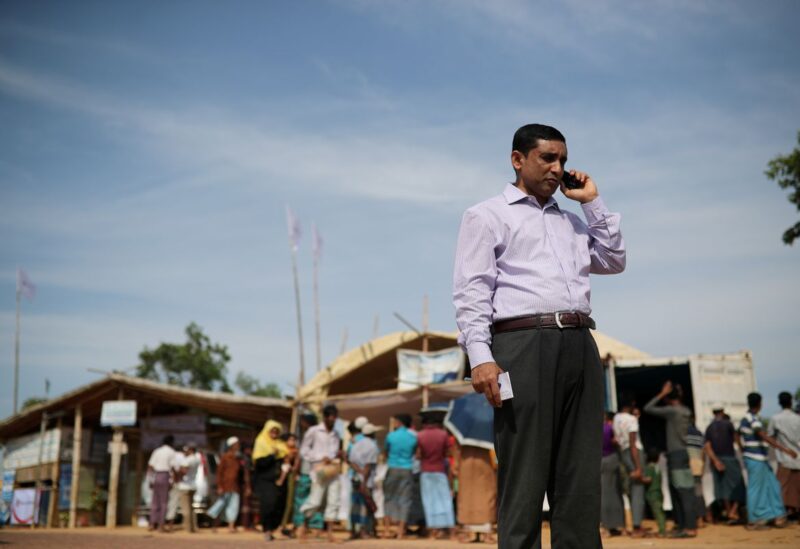 Gunmen shot and killed a prominent Rohingya Muslim leader in a refugee camp in southern Bangladesh on Wednesday, a United Nations spokesperson and a local police official said, following months of worsening violence in the world’s largest refugee settlement.

Mohib Ullah, who was in his late 40s, led one of the largest of several community groups to emerge since more than 730,000 Rohingya Muslims fled Myanmar after a military crackdown in August 2017.

Invited to the White House and to speak to the United Nations Human Rights Council, he was one of the most high-profile advocates for the Rohingya, a Muslim minority that has faced persecution for generations.

Rafiqul Islam, a deputy police superintendent in the nearby town of Cox’s Bazar, told Reuters by phone that Mohib Ullah had been shot dead but had no additional details.

A spokesperson for the U.N. High Commissioner for Refugees said the agency was “deeply saddened” by the killing of Mohib Ullah. “We are in continuous contact with law enforcement authorities in charge of maintaining peace and security in the camps,” the spokesperson said.

Mohib Ullah’s group, the Arakan Rohingya Society for Peace and Human Rights, made its name documenting atrocities the Rohingya suffered during the Myanmar crackdown, which the U.N. has said was carried out with genocidal intent.

At the Bangladesh refugee camps, Mohib Ullah went from hut to hut to build a tally of killings, rape and arson that was shared with international investigators.

His organization worked to give refugees more of a voice inside the camps and internationally. Speaking to the U.N. Human Rights Council, he said the Rohingya wanted more of a say over their own future.

But his high profile made him a target of hardliners and he received death threats, he told Reteurs in 2019. “If I die, I’m fine. I will give my life,” he said at the time.

“He was always aware there is a threat, but he thinks that despite the threat if he is not doing the work he is doing, no one else would,” he said.