Romania to feature World War I female officer on banknote 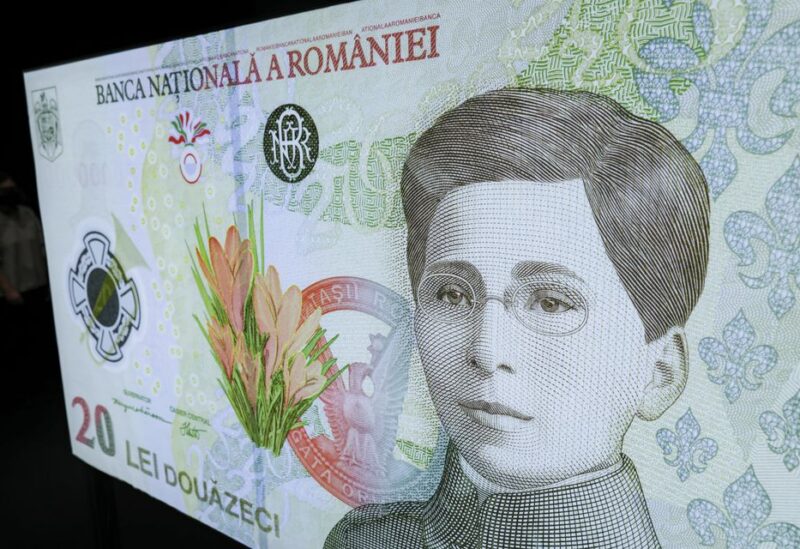 The new 20 lei ($4.56) note, which features an image of Teodoroiu – the first female army officer – will be in circulation from December.

“It answers a widely supported legitimate public interest to promote and consolidate gender equality and the major role female characters have played in Romania’s history and society.”

Since its appearance in 1867, the Romanian leu has featured several unnamed female peasants but never a real historical figure.

Born in 1894, Teodoroiu initially served as a nurse during World War I, and became a combatant after her four brothers died in battle. She rose through the ranks and won commendations for valour. She died on the front lines in 1917 at age 23.

Some critics have questioned the choice of Teodoroiu over other more prominent and influential women.

The central bank, which has an all-male board, will host an exhibit dedicated to Teodoroiu from Dec. 6, showcasing personal items including her bullet-dented helmet and blood-stained munitions bag.

The idea of depicting women on the currency arose in 2018, when fashion journalist Janina Nectara launched a campaign, suggesting a list of 100 female figures, including Teodoroiu, scientists, doctors, artists and professors to choose from.

“Throughout history… hundreds of notable women have helped Romania move forward,” Nectara told Reuters, “but since the birth of the Romanian leu none of their names have been honoured on one of the strongest national symbols, banknotes.”

“We need a permanent example that women also made history. It is important to give equal merit.”