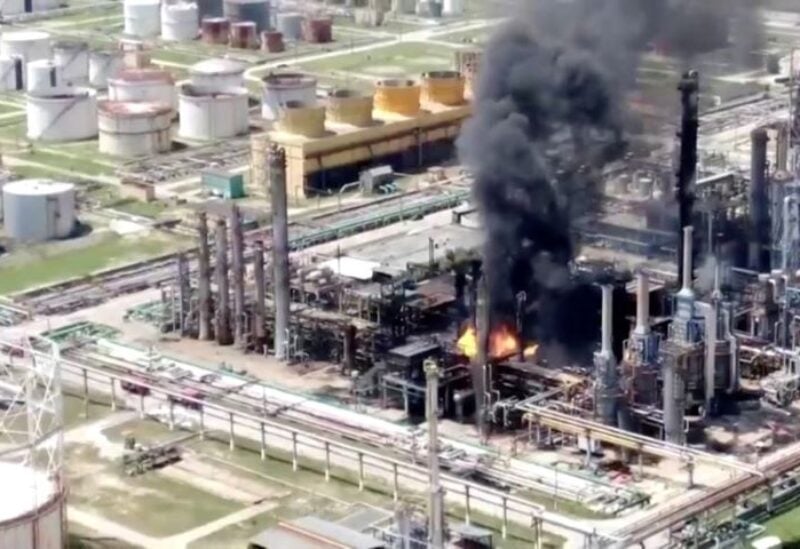 Fire at Petromidia oil refinery after a blast in Navodari

At lease five people were injured and one killed in the blast and fire on Friday at Romania’s biggest crude oil refinery, authorities and the company which runs the Petromidia plant on the Black Sea said.

Video footage from a nearby beach in the coastal resort of Mamaia showed black smoke rising from the area next to the refinery and some tourists reported hearing a loud bang.

Rompetrol Rafinare, part of KMG International Group, said the explosion was inside the diesel hydrotreating unit, and that processes had been halted safely.

At 1615 GMT it said the fire had been completely put out, the incident “was neutralized successfully” and Rompetrol would continue to provide fuels for its stations in Romania and the Black Sea region.

“Five of our colleagues are in medical care at Constanta County Hospital, and we are sorry to inform you that a person has been identified as deceased,” its statement added.

The company declined to comment on the likely financial damage but said an assessment of the impact on technological processes will be performed to provide a clear picture and predictability in terms of restarting the refinery facilities.

Petromidia is based on the shores of the Black Sea in Navodari, 20 km (12.5 miles) north of the country’s biggest port, Constanta.

It said it processed a total of 1.26 million tonnes of raw materials in the first quarter of this year, a similar level to a year before, and had been running at 84% capacity.