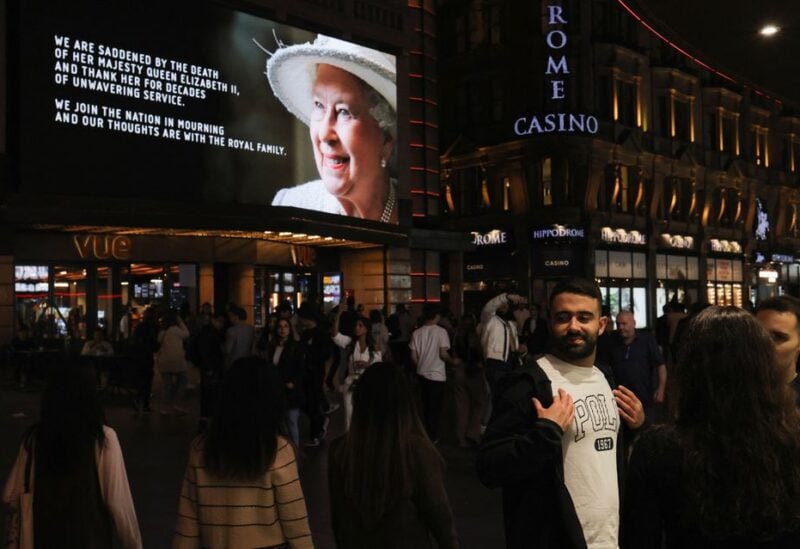 People walk in front of an image of Britain's Queen Elizabeth in the street, following her death, in London, Britain, September 11, 2022. REUTERS/Marko Djurica

Thousands of mourners will be able to file past the coffin of Britain’s late Queen Elizabeth, who will be lying in state from Wednesday evening until early on the day of her funeral.

Hundreds of thousands of people are expected to pay their respects to Britain’s longest-reigning monarch ahead of her state funeral, which will be attended by world leaders on September 19.

“Those wishing to attend will be required to queue for many hours, possibly overnight,” Britain’s culture ministry said.

“Large crowds are expected and people are encouraged to check ahead, plan accordingly and be prepared for long wait times,” it added on Monday.

Airport-style security checks will take place at Westminster Hall, the oldest of the buildings that make up Britain’s parliament, and tight restrictions will be in force with only small bags permitted.

The lying-in-state will be preceded by a ceremonial procession through central London to carry the queen’s coffin from Buckingham Palace to Westminster Hall on Wednesday.

Elizabeth died on Sept. 8 at Balmoral Castle in the Scottish Highlands and her coffin was driven to Edinburgh on Sunday. It is due to be flown to London on Tuesday.