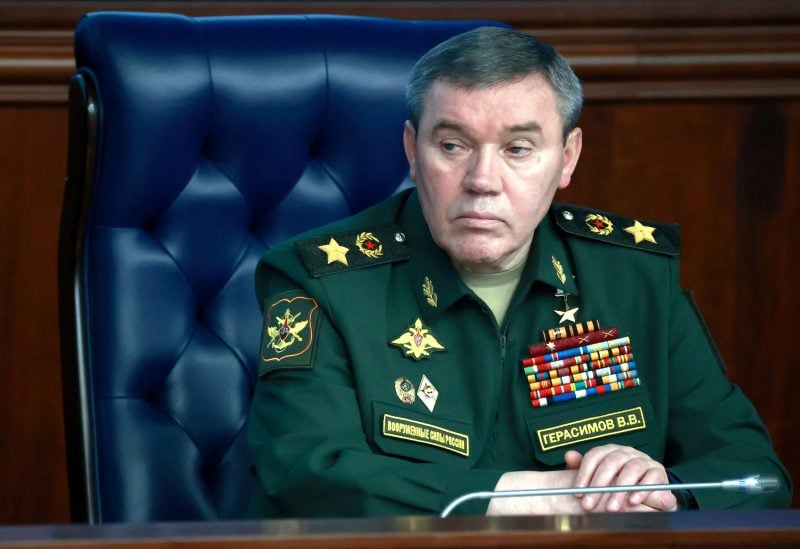 In the latest reshuffle of Moscow’s military leadership, Russian Defense Minister Sergei Shoigu appointed Chief of the General Staff Valery Gerasimov to oversee the military campaign in Ukraine on Wednesday.

Gerasimov, like Shoigu, has come under fire from Russia’s hawkish military bloggers for multiple setbacks on the battlefield and Moscow’s failure to secure victory in a campaign that the Kremlin expected to be over in a matter of days.

In a statement, the defence ministry said Shoigu had appointed Gerasimov as commander of the combined forces group for the “special military operation” in Ukraine. It is the most senior position among Russia’s battlefield generals.

Only last October, Russia had put Sergey Surovikin, nicknamed “General Armageddon” by the Russian media for his reputed ruthlessness, in overall charge of Ukraine operations following a series of counter-offensives by Ukrainian forces that turned the tide of the conflict.

Surovikin will now stay on as a deputy of Gerasimov, the defence ministry said.

The changes are designed to increase the effectiveness of military operations in Ukraine, it said, more than 10 months into a campaign in which tens of thousands of soldiers on both sides as well as Ukrainian civilians have been killed.

“The increase in the level of leadership of the special military operation is connected with the expansion in the scale of tasks … the need to organise closer contact between different branches of the armed forces and improve the quality … and effectiveness of the management of Russian forces,” the ministry statement said.

Russian pro-war commentators were not impressed.

“The sum does not change, just by changing the places of its parts,” wrote one prominent military blogger who posts on the Telegram messaging app under the name of Rybar.

He said Surovikin, a veteran of Russian campaigns in Chechnya and Syria, was being made the fall guy for a series of recent Russian military failures, including a Ukrainian attack on a Russian barracks in the town of Makiivka that killed at least 89 Russian soldiers, including conscripts, at New Year.

Military analyst Rob Lee, a senior fellow at the Foreign Policy Research Institute, said on Twitter that Gerasimov’s appointment reasserted the defence ministry’s position in the conduct of the war.

“I don’t think this is because Surovikin is viewed as a failure. (It is) certainly possible that this was driven by political reasons. As the unified commander in Ukraine, Surovikin was becoming very powerful and was likely bypassing Shoigu/Gerasimov when talking to Putin,” Lee said.

Political analyst Abbas Gallyamov noted on Telegram that the move followed the transfer of another top general, Alexander Lapin, to the role of land forces chief on Tuesday.

“All this moving of the same individuals from one chair to another, at the height of military hostilities, may say whatever you like but not that ‘everything is going according to plan'”, Gallyamov said.

Russian and Ukrainian forces were engaged in intense fighting on Wednesday over the town of Soledar in eastern Ukraine, a stepping stone in Moscow’s push to capture the entire Donbas region. The Russians appeared to have the upper hand.