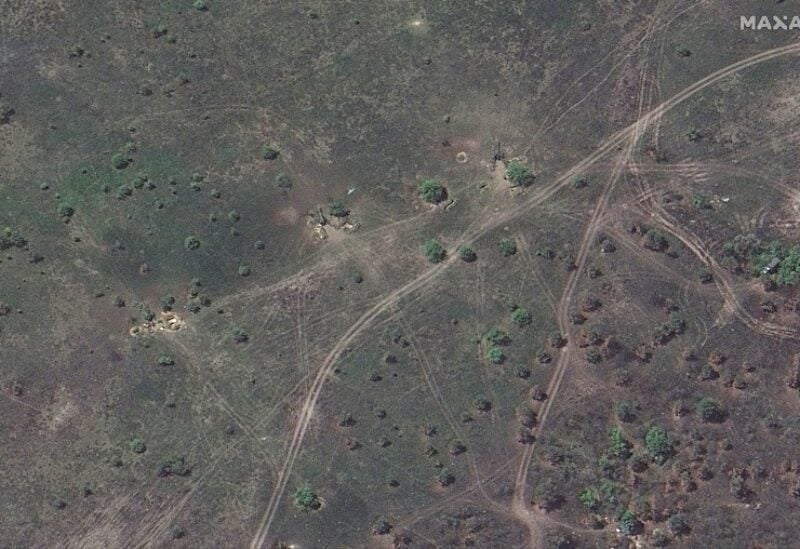 A satellite image shows towed artillery deployed and oriented towards Severodonetsk near the city, Ukraine June 6, 2022. Picture taken June 6, 2022. Satellite image 2022 Maxar Technologies/Handout via REUTERS ATTENTION EDITORS - THIS IMAGE HAS BEEN SUPPLIED BY A THIRD PARTY. MANDATORY CREDIT. NO RESALES. NO ARCHIVES. DO NOT OBSCURE LOGO.

Cutting off possible evacuation route for civillians, Russia has blown up a bridge linking Ukrainian city Severodonetsk to another city across river, as per Ukrainian officials.

Severodonetsk is the last major city in Donbas under Ukrainian control. Pro-Russia separatists have held territory in Donbas since 2014 and fight between Russia and Ukraine over Severodonetsk has been linked with control over Donbas. Parts of the city have been pulverised in some of the bloodiest battles since Russia invaded Ukraine on February 24.
“The key tactical goal of the occupiers has not changed: they are pressing in Sievierodonetsk, severe fighting is ongoing there – literally for every meter,” Ukrainian President Volodymyr Zelensky said in his nightly video address, adding that Russia’s military was trying to deploy reserve forces to the Donbas.

He said that image of a 12-year-old injured in a Russian attack was the enduring face representing deeds of Russia.
“These very facts will underscore the way in which Russia is seen by the world,” he said.

Serhiy Gaidai, the governor of Luhansk province in Donbas, said that two armies were fighting street-to-street on Sunday. He said that Russians had control of most of the city but Ukraine maintained control over industrial area and the Azot chemical plant.

Civillians have take refuge in the chemical plant.

“About 500 civilians remain on the territory of the Azot plant in Sievierodonetsk, 40 of them are children. Sometimes the military manages to evacuate someone,” Gaidai said.