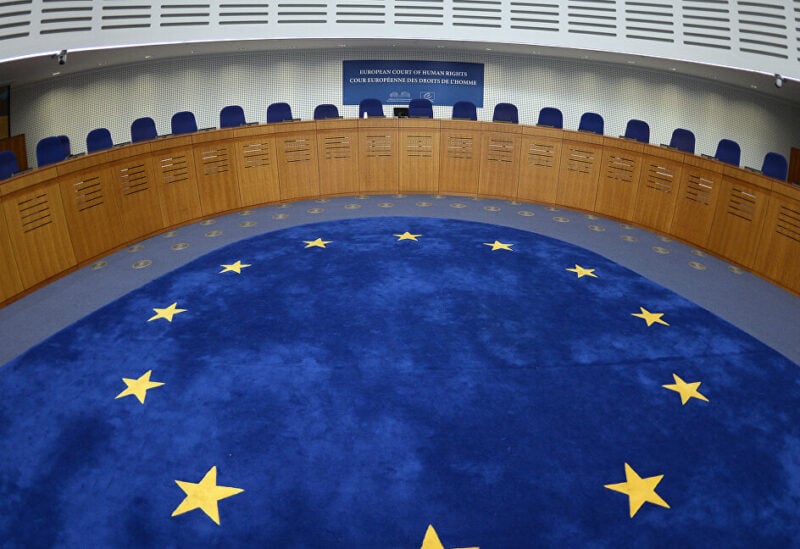 The Russian Prosecutor General’s Office has filed the first inter-state complaint in the country’s history with the European Court of Human Rights (ECHR) against Ukraine, accusing it of multiple violations of the European Convention on Human Rights.

The Ukrainian government continues the practice of “stifling the freedom of expression by force, including by means of physical elimination of political opponents and journalists”, the prosecutor’s office said in an annex to the complaint.

“The Ukrainian media has never seen such an attack before. In 2017, 2018, and 2021, a number of decrees by the president of Ukraine have restricted or suspended access to many opposition or Russian-language information resources … These restrictions had no legal basis”, the annex said.

The Russian Prosecutor General’s Office particularly mentioned the Mirotvorets website that Kiev launched for a “more effective crackdown on opposition politicians and journalists”.

The website contains the personal information of Russian and Ukrainian citizens, foreign reporters, and high-ranking representatives of international organizations, disclosed without their consent in gross violation of the European Convention on Human Rights.

Ukraine continues to discriminate against Russian-speaking residents with its laws impeding the use of the Russian language in the country where it is native for almost one-third of the population, the prosecutors emphasized.

“The nationalistic government that took office in Ukraine in 2014 has been carrying out an administrative policy aimed at broad discrimination against the Russian-speaking population, intentional and constant suppression of such people in Ukraine, and the expulsion of the Russian language from the public sphere, primarily from secondary and higher education”, the annex to the ECHR complaint read.

The Russian Prosecutor General’s Office also pointed to Kiev’s decisions to fire teachers for using the Russian language or criticising the Ukrainian authorities.

In addition, the Russian Prosecutor General’s Office lashed out at Ukraine’s politically motivated prosecution of Russian businesses and entrepreneurs.

“A number of major Russian companies in the energy, banking, and telecommunications sectors and/or their subsidiaries … had to cease operations on the Ukrainian market, which caused them significant material damage”, the prosecutors said.

The complaint further denounces Ukraine for causing death, injury, and destruction of property by shelling territories adjacent to Russia. The paper also draws the ECHR’s attention to “the spread of dire consequences of civil war to the territory of the Russian Federation”.

Both civilians and checkpoint personnel suffered from the shelling by the Ukrainian military “who used indiscriminate weapons and excessive lethal force”, according to the document.

“Many Russian citizens are abducted by servicemen of the Armed Forces of Ukraine and other military divisions, there are also cases of their forced disappearance. The complaint refers, among other things, to the kidnapping of a citizen of the Russian Federation who was travelling in Ukraine as a member of a Russian civil humanitarian convoy shelled by fighters of Aydar, a Ukrainian military battalion, a part of the National Guard of Ukraine. The whereabouts of this citizen remain unknown to the present day”, the prosecutors went on to say.

The Russian prosecutors accuse Ukraine of waging a civil war against its breakaway republics for seven years under the guise of a counter-terrorist operation, torturing residents of the southeastern regions and depriving them of the right to cast votes in elections.

Ukraine’s practice of “torture and inhuman and degrading treatment” of the breakaway republics’ residents is complicated by the total absence of independent and effective investigation, the complaint further stated.

The “violent coup” in Ukraine in February 2014 expanded into “nationalist terror in Ukraine” and a civil war with “thousands of casualties”, the Prosecutor General’s Office said.

“The Ukrainian authorities not only failed to stop the actions of nationalists but also consented and acquiesced in criminal acts for more than seven years”, the annex to the complaint read on.

Kiev’s blockade of fresh water supplies to Crimea violates the rights of millions of residents and tourists, the prosecutors said, describing the move as “revenge for the expression by hundreds of thousands of residents of their political position”.

A working group in Crimea’s state council estimated the damage to the region’s budget from Ukraine’s blocking of the North Crimean Canal in May 2014 at 819.52 billion roubles ($11 billion), the complaint read.

Ukraine is fully responsible for the deadly MH17 crash over its failure to close the airspace over the conflict zone on the day of the tragedy, the Russian prosecutors stress, accusing Kiev of presenting fabricated evidence to shift the blame onto Moscow.

“Ukraine is fully responsible for the deaths of the passengers and the crew … as well as for causing suffering to the relatives of those killed … as it failed to take any measures to close its airspace. The respondent State failed to conduct an independent and effective investigation of the circumstances that prevented the responsible officials from closing the airspace. Ukraine has been presenting fabricated evidence in order to shift its blame for the air crush onto Russia”, the Russian Prosecutor General’s Office explained.

Flight MH17 was downed over eastern Ukraine on 17 July 2014 amid a military conflict between the self-proclaimed republics in the region and the government in Kiev that broke out following a violent coup earlier that year. All 298 passengers, mostly Dutch citizens, and crew on board died in the crash. Last year, four defendants – three Russians and one Ukrainian – went on trial over the downing of the flight after nearly six years of research by Dutch prosecutors and a Joint Investigation Team (JIT).

The Joint Investigation Team claims that the plane was hit by a Buk missile that belonged to the Russian Armed Forces, something that Moscow has denied. Russia has repeatedly stressed that the probe is biased as it ignored the evidence provided by Moscow, for example, data showing that the plane had been shot down by a Ukrainian Buk missile, which was proved by information from radars.

Russian diplomatic missions in Ukraine are under constant threat, with Kiev failing to properly react to Moscow’s requests for legal assistance over the continuing violence, the prosecutors continue.

“Aggressive assailants break into buildings armed with axes, sticks, crowbars, and other objects used as weapons; there have been cases where Russian diplomatic officials were beaten, threatened and insulted, buildings of Russian foreign missions attacked by people throwing paving stones, Molotov cocktails, smoke bombs and bottles containing liquid that is difficult to remove, CCTV cameras disabled, and diplomatic vehicles destroyed or damaged”, the Russian prosecutors said in additional materials related to the complaint.

In total, 33 requests for legal assistance on these cases were sent to the Office of the Prosecutor General of Ukraine between 2015 and 2020, and none of them “has so far been properly granted”.