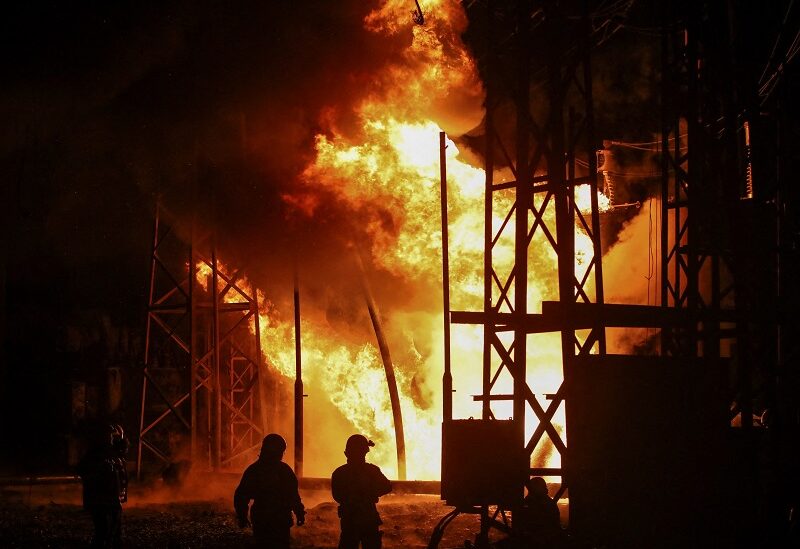 The Russian attack on power stations and other infrastructure Sunday, caused widespread outages across Ukraine, as Kyiv’s forces pressed a swift counteroffensive that has driven Moscow’s troops from swaths of territory it had occupied in the northeast.
The bombardment ignited a massive fire at a power station on Kharkiv’s western outskirts and killed at least one person. President Volodymyr Zelensky denounced the “deliberate and cynical missile strikes” against civilian targets as acts of terrorism.
Ukraine’s second-largest city of Kharkiv appeared to be without power Sunday night. Cars drove through darkened streets, and the few pedestrians used flashlights or mobile phones to light their way.
Separately, the Zaporizhzhia Nuclear Power Plant in the Russia-occupied south completely shut down in a bid to prevent a radiation disaster as fighting raged nearby.