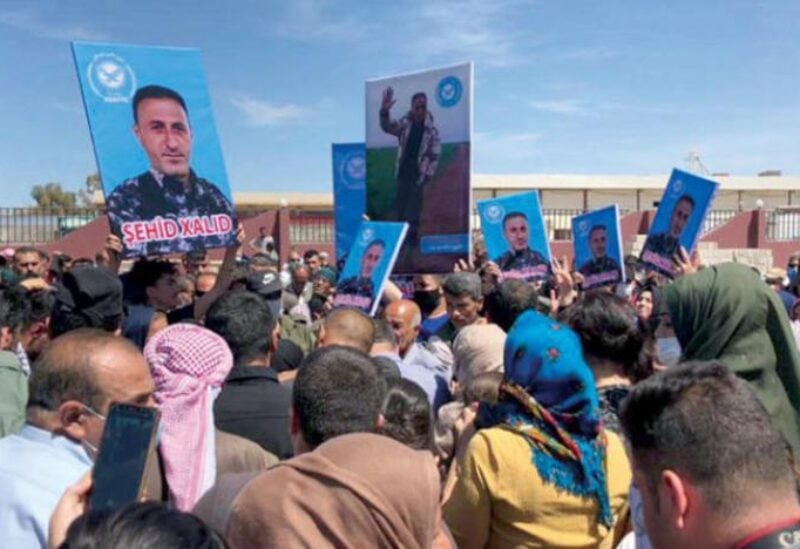 Pro-regime National Defense Forces and the Kurdish internal security services, aka Asayish, have reached a ceasefire in northeastern Syria’s Qamishli city as part of a Russian-sponsored mediation.

The agreement reached on Wednesday night stipulated a complete ceasefire and the withdrawal of fighters from the streets along with Russian patrols in the city’s streets, the sources said.

“Kurdish elements tried to advance with an armored vehicle towards a neighborhood in the city and put concrete barriers before the arrival of Russian forces,” said Mohammed al-Taei, a National Defense Forces member.

“Their attempts were thwarted and they were forced to return to their bases,” he added.

We are committed to the agreement and did not shoot at their checkpoints “as they claim,” he told dpa.

Meanwhile, a source close to the Kurdish units said elements from the National Defense Forces violated the ceasefire and targeted Asayish forces, adding that they fired mortar shells on a neighborhood mostly inhabited by Kurds.

Kurdish security forces said Wednesday that regime-allied fighters killed one of their personnel in an overnight attack on a checkpoint in Qamishli, of which both groups share control.

The fighting began when the National Defense Forces attacked the position manned by the Kurdish security forces in the city.

The Asayish, said one of their own died after sustaining wounds in the fighting late Tuesday, prompting Russian forces present in Qamishli airport to intervene to end the deadly clashes.