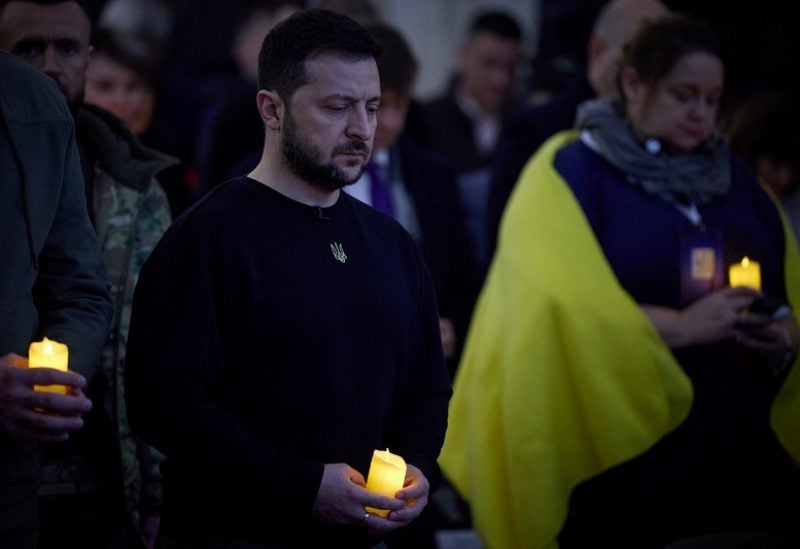 Ukrainian President Volodymyr Zelenskyy said that Russia is planning a prolonged campaign of drone attacks on Ukraine, urging his forces to remain on high alert.

“We have information that Russia is planning a prolonged attack with Shaheds,” Zelenskyy said in a video address on Monday night, referring to the Iranian-made drones being used by Moscow in the ongoing war.

“Its bet may be on exhaustion. On exhaustion of our people, our air defense, our energy sector,” he added.

He asserted that Ukraine will do everything to ensure that this offensive “fails like all the others.”

Earlier in the day, Ukrainian authorities reported shooting down at least 22 out of 40 drones over the capital Kyiv.

Zelenskyy heaped praise on Ukrainian forces for their efforts, stressing that “everyone involved in the protection of Ukrainian skies should be especially attentive.”

With Russia confirming on Monday the loss of 63 soldiers in one of the deadliest Ukrainian attacks on its forces in eastern Donetsk, Zelenskyy said Moscow is facing a desperate need to “mobilize emotions” to make its people believe that “everything is going according to the plan.”

“Our task is to give Ukraine successes, achievements, even small victories every day,” he said.

“Each drone, each missile shot down, each day with electricity for our people, and minimal blackouts are exactly such victories,” he added.