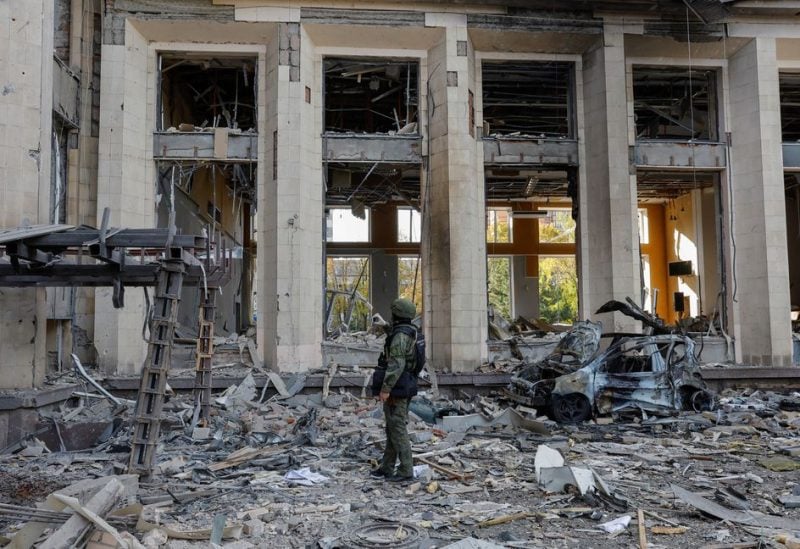 On Monday, Russian soldiers bombarded energy facilities all throughout Ukraine with missiles, resulting in blackouts and the interruption of water supply in some areas, according to Ukrainian officials.

The regional governor said that a significant hydroelectric power plant at Kremenchuk in central Ukraine had come under attack, although he did not specify if it had been hit or harmed.

Hydroelectric power facilities may have also been attacked in the Kyiv region, in the southern Odesa and Zaporizhzhia districts, and in the central Cherkasy region, according to unconfirmed claims on social media and local media.

There was no immediate word on casualties but explosions shook cities including Kyiv, where local officials said 350,000 apartments were left without electricity, water supplies were affected and mobile phone systems were down in some areas.

The mayor of Kharkiv said missiles had targeted “a critical infrastructure facility” in the northeastern city.

“The Russian terrorists have once again launched a massive attack on power system facilities in a number of regions of Ukraine,” Kyrylo Tymoshenko, a senior official in the president’s office, wrote on the Telegram messaging app.

Hydroelectric power stations produced about 5% of Ukraine’s electricity before Russia invaded its neighbour on Feb. 24.

Russia has stepped up attacks on energy infrastructure and cities since blaming Kyiv for an explosion which damaged a bridge linking southern Russia with annexed Crimea.