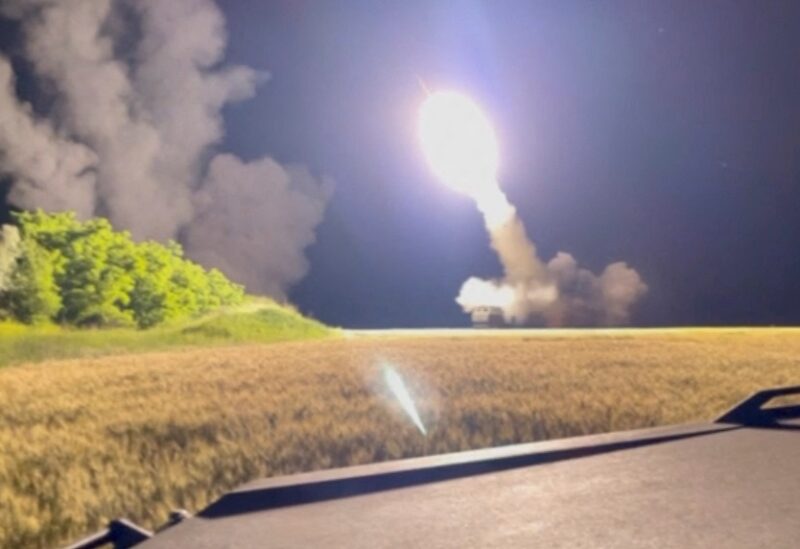 A view shows a M142 High Mobility Artillery Rocket System (HIMARS) is being fired in an undisclosed location, in Ukraine in this still image obtained from an undated social media video uploaded on June 24, 2022 via Pavlo Narozhnyy/via REUTERS/File Photo

The Russian defense ministry reported on Friday that its forces had earlier this month destroyed four high mobility artillery rocket systems (HIMARS) supplied by the United States in Ukraine.

In a daily briefing, it reported that between July 5 and 20, “four launchers and one reloading vehicle for the U.S.-made multiple launch rocket systems (HIMARS) were destroyed.”

Moscow’s assertions were disputed by Kiev, which referred to them as “fakes” intended to erode Western support for Ukraine.

Reuters could not verify battlefield reports.

Kyiv has hailed the arrival of eight HIMARS in Ukraine as a possible gamechanger for the course of the war, now about to enter its sixth month.

The advanced weapons are more precise and offer a longer range than other artillery systems, allowing Kyiv to strike Russian targets and weapons depots further behind the front lines.

Moscow has accused the West of dragging out the conflict by supplying Kyiv with more arms, and said the supply of longer-range weapons justifies Russia’s attempts to expand control over more Ukrainian territory, beyond the eastern Donbas region, for its own protection.

On July 6, just days after the first HIMARS arrived in Ukraine, Russia’s defence ministry said it had destroyed two of them, releasing a video of the alleged strike.

Ukraine has rejected Russia’s claims and said it was using the U.S.-supplied arms to inflict “devastating blows” on Russian forces.

Serhiy Leshchenko, an adviser to President Volodymyr Zelenskiy’s chief of staff, said on Friday that Ukraine continued to use HIMARS to “cause numerous losses to the aggressor state.”

“Russia is trying to stop the supply of weapons from the West and intimidate Ukraine’s allies with the fictional power of Russia’s armed forces,” he said in a media briefing.

This week Kyiv has used HIMARS to strike a crucial bridge across the Dnipro river in Russian-controlled parts of the southern Kherson region, punching huge holes in the asphalt and prompting local Russian-installed officials to warn it could be completely destroyed if the attacks continue.

The United States said on Wednesday it will send four more HIMARS to Ukraine in its latest package of military support.