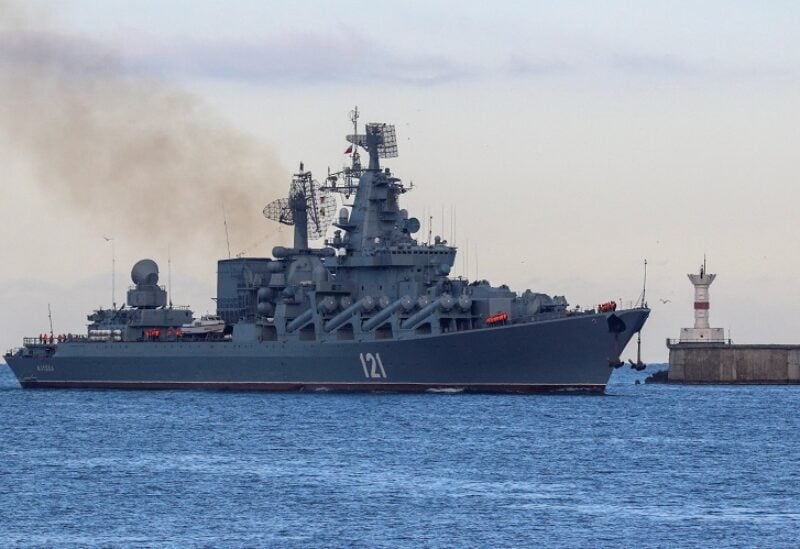 FILE PHOTO: The Russian Navy's guided missile cruiser Moskva sails back into a harbour after tracking NATO warships in the Black Sea, in the port of Sevastopol, Crimea November 16, 2021. REUTERS/Alexey Pavlishak/File Photo

The drones that were used to strike Russian Black Sea Fleet ships in Crimea the day before were found to have Canadian-made navigation systems, the Russian defense ministry claimed on Sunday.

The ministry claimed that early on Saturday, Ukraine used 16 drones to target the Black Sea Fleet near Sevastopol, and that British navy “specialists” had assisted in planning what it dubbed a terrorist attack.

Russia said that although it had thwarted the attack, the ships involved in securing the grain route out of Ukraine’s Black Sea ports were the ones being targeted.

Russian authorities have used the explosions as a justification to withdraw from a grain deal that was mediated by the United Nations, a move that undercuts attempts to solve the world food crisis, according to Ukrainian officials.

Reuters was unable to immediately confirm either side’s assertions.

“According to the results of the information recovered from the navigation receiver’s memory, it was established that the launch of maritime drones was carried out from the coast near the city of Odesa,” the ministry said in a statement.

It said the drones had moved along the “grain corridor” security zone, before changing course to head for Russia’s naval base in Sevastopol, the largest city on the Crimean peninsula that Russia annexed from Ukraine in 2014.

The ministry said one of the maritime drones appeared to have started from within the security zone of grain corridor itself.

“This may indicate the preliminary launch of this device from aboard one of the civilian vessels chartered by Kyiv or its Western patrons for the export of agricultural products from the seaports of Ukraine,” the defence ministry said.