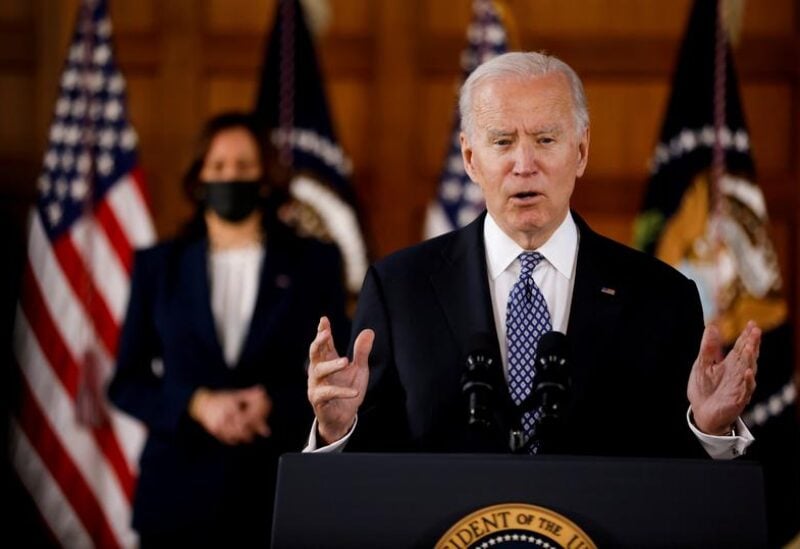 FILE PHOTO: U.S. President Joe Biden and Vice President Kamala Harris deliver remarks after meeting with Asian-American leaders to discuss "the ongoing attacks and threats against the community," during a stop at Emory University in Atlanta, Georgia, U.S., March 19, 2021.

Russia said on Monday that a U.S. refusal to organize live online talks between Russian President Vladimir Putin and U.S. President Joe Biden after the latter said he believed his Russian counterpart was a killer amounted to a serious missed opportunity.

Last week, Putin said he and Biden should hold such talks in the coming days after diplomatic ties sank to a new post-Cold War low following the U.S. leader’s comments in an ABC interview.

“We note with regret that the American side has not supported (Putin’s) proposal to hold talks with U.S President Biden…to discuss problems that have built up in bilateral relations and also the theme around strategic (nuclear) stability,” Russia’s foreign ministry said in a statement.

“Another opportunity has been missed to search for a way out of the dead end in Russian-American relations caused by Washington. Responsibility for this lies entirely with the United States.”

Russia’s ambassador to the United States, Anatoly Antonov, arrived in Moscow on Sunday for discussions on how to address sliding U.S.-Russia relations after Moscow recalled him for talks.

The TASS news agency reported that Antonov on Monday was spotted leaving the foreign ministry building but declined to comment.