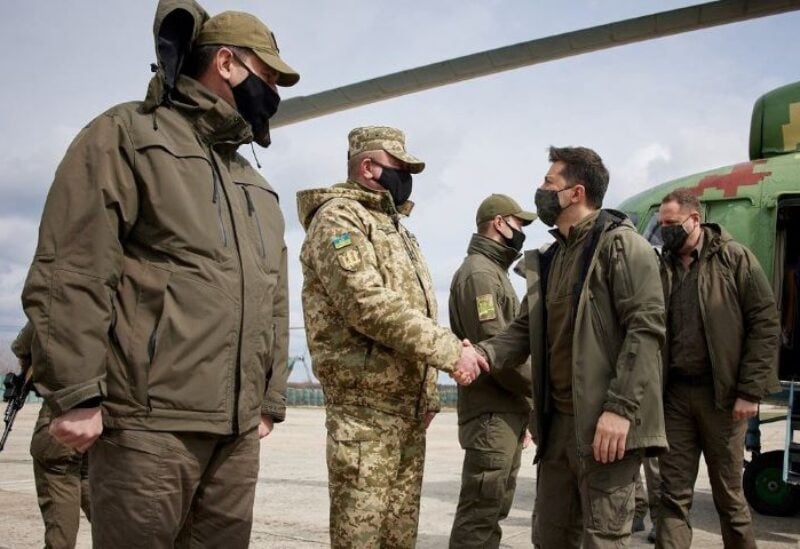 Ukraine’s President Volodymyr Zelenskiy shakes hands with a serviceman during his working trip to the frontline with Russian-backed separatists in Donbass region, Ukraine

Ukraine accused Russia on Tuesday of moving tanks and extra sniper teams to the frontlines of the conflict in eastern Ukraine, ready to inflict fatalities on Ukrainian forces and incite retaliation.

According to the statement, “the adversary raised the number of sniper pairs in preparation to inflict fatalities on Joint Forces members, destroy video surveillance devices, and trigger back fire.”