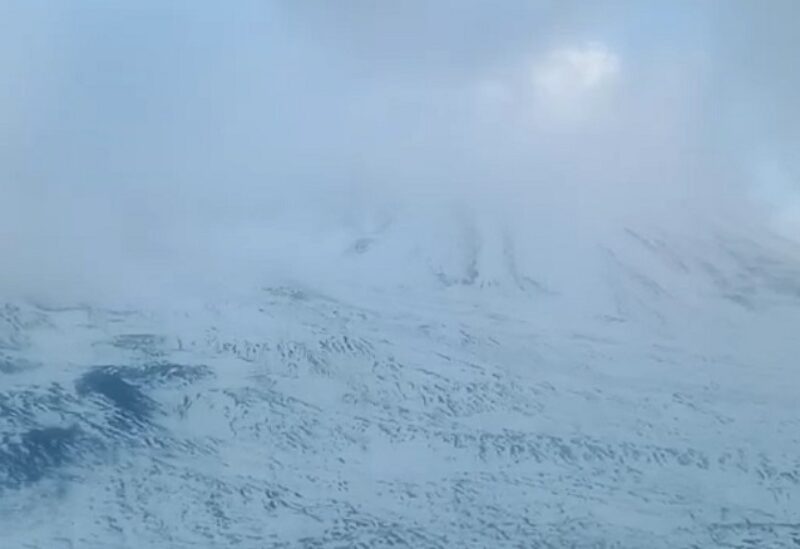 A view from a rescue helicopter shows the Klyuchevskaya Sopka volcano following an accident involving a tourist group of climbers on the far eastern Kamchatka Peninsula, Russia, September 4, 2022, in this still image taken from video. Press service of Kamchatka search and rescue team/Handout via REUTERS TV ATTENTION EDITORS - THIS IMAGE HAS BEEN SUPPLIED BY A THIRD PARTY. NO RESALES. NO ARCHIVES. MANDATORY CREDIT.

Eight people out of 12 died while climbing the Klyuchevskaya Sopka volcano in Russia’s far east , Russian news agencies reported, citing a local official.
Meanwhile, search and rescue teams will make a fresh bid on Monday to reach the group of climbers.

Earlier, six deaths had been reported and six climbers were believed to be stranded, as rescue efforts were delayed due to strong, freezing winds. The volcano is 4,754 (15,597 feet) meters high.

“Two more died,” said Roman Vasilevsky, Kamchatka territory’s deputy prime minister told Russia’s Interfax news agency. He was informed about this by a guide who was communicating from the volcano via satellite phone.

The group, including two guides, began their climb on Tuesday. Authorities said some of the group fell to their death on Saturday from a height of almost 4,200 meters. One person is believed to have a broken leg.

Winds hamper rescue operation
Rescuers had to turn back on Sunday as their helicopter could not land due to severe winds.

“They were scheduled to land at an altitude of 3,300 meters, but due to gale force winds at 30 meters per second (67 miles per hour), they failed to do so, although two attempts were made a few hours apart,” rescuers said.

The rescuers will attempt to reach the group again on Monday, said Tatyana Yukhmanova, a representative from the local civil defense authority.

Klyuchevskaya Sopka is the tallest of over 160 volcanoes in the Kamchatka Peninsula, and is one of Eurasia’s tallest active volcanoes.

It forms part of a UNESCO World Heritage Site listed for its natural beauty. Temperatures in the mountain go down to minus 14 degrees Celsius (6.8 degrees Fahrenheit) during the night. It is considered very risky to climb, due to its altitude and the risk of volcanic eruption.

The Kamchatka peninsula is known for its volcanoes, hot springs, and wildlife.