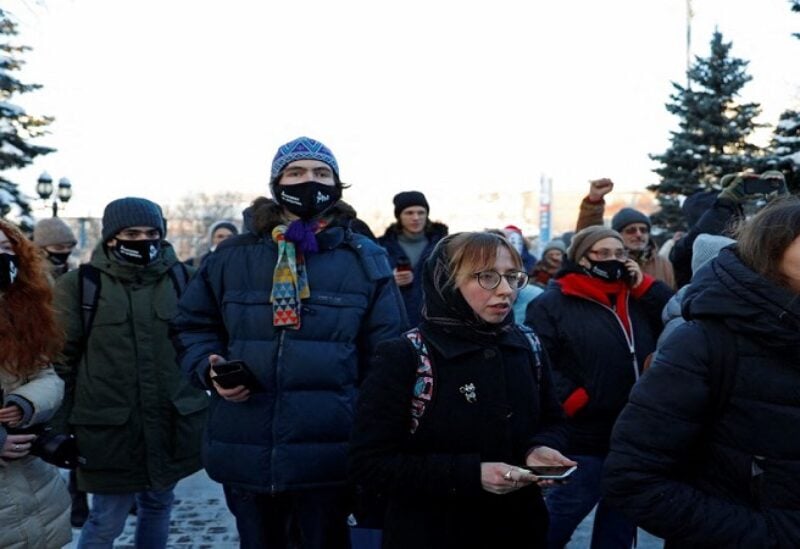 Russia’s Memorial Human Rights Centre was ordered to shut by a Moscow court on Wednesday, a day after its sister organisation – Russia’s oldest human rights group – was forced to close.

The Human Rights Centre keeps a running list of individuals it classifies as political prisoners, including Kremlin critic Alexei Navalny.

The list includes Jehovah’s Witnesses and Muslims convicted of terrorism who Memorial says were victims of “unproven charges based on fabricated evidence because of their religious affiliation”.

“Pozor! Pozor!” (Shame! Shame!) Memorial supporters chanted outside the court, wrapped up against a temperature of -12 degrees Celsius (10 Fahrenheit).

“We urge the Russian authorities to protect and support people and organizations that work to advance human rights across the Russian Federation,” it added.

State prosecutors had said the Centre’s work justified terrorism and extremism, something it denied.

They had also accused it of failing to systematically label its content as that of a “foreign agent” – an official designation carrying pejorative Soviet-era connotations that it was given in 2014.

There was no immediate comment from the Kremlin, which says it does not interfere in court decisions.

The Centre operates a network of offices across the predominantly Muslim North Caucasus region, where it has documented rights abuses in places such as Chechnya and provided legal and practical help to victims.

Those offices will have to be shut unless the Centre wins an appeal.

Anna Dobrovolskaya, the Centre’s executive director, said outside the court that the authorities appeared set on purging all human rights groups, starting with Memorial.

“We can’t say this was a complete surprise for us,” she said.

“There was a feeling that the space (for rights work) is shrinking. Many people will be really upset when they see these events, and many people will write about the onset of medieval and dark times.”

She said the ruling would have a chilling effect on other rights activists. “Obviously our work had become too awkward, and bothered someone.”

The ruling, like the Supreme Court’s decision on Tuesday to shut down Memorial International, famous for chronicling and keeping alive the memory of Stalin-era crimes, was condemned by international rights groups.

The legal onslaught capped a year in which Navalny, the Kremlin’s leading critic, was jailed, his movement banned and many of his associates forced to flee. Moscow says it is simply thwarting extremism and shielding Russia from malign foreign influence.

Critics say Vladimir Putin, in power as president or prime minister since 1999, and at odds with the West on everything from Ukraine to Syria, is turning back the clock to the Soviet era, when all dissent was crushed.

Memorial was established in the final years of the Soviet Union and initially investigated the crimes of the Soviet period, but later began inquiring into modern-day abuses too.

One supporter outside the court, who only gave his first name, Yegor, said the Memorial Human Rights Centre ruling was “appalling” for the Russian people.

“It was a genuinely useful organisation that defended the rights of innocent people who were being persecuted for their convictions,” he said.

“There needs to be an opposition, people with different views. That’s what the principles of political competition are about.”