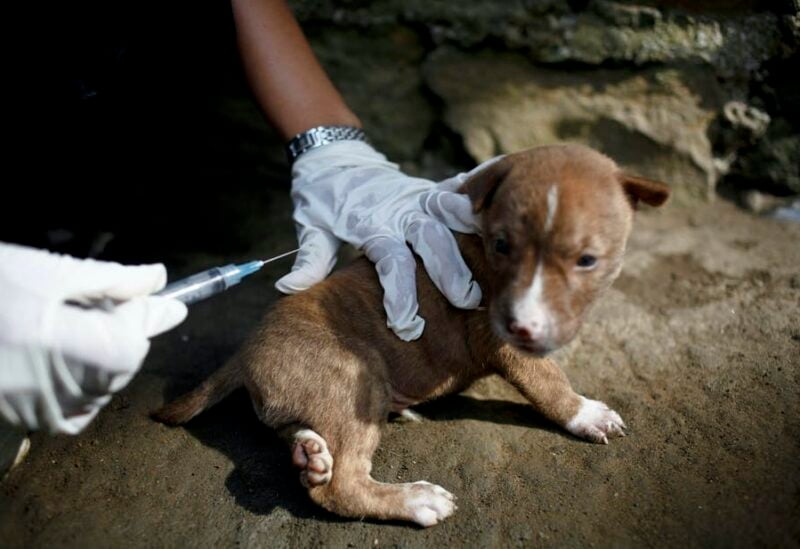 Many Russian regions have reportedly started inoculating pets against the coronavirus at veterinary clinics, the Mail reported on Wednesday.

Moscow announced in March that it had registered the world’s first vaccine for animals against the virus, named Carnivac-Cov. Tests revealed that it generated antibodies against COVID-19 in cats, dogs, foxes and mink.

According to Russian media, Carnivac-Cov was developed by the Federal Center for Animal Health. “It is the world’s first and currently only coronavirus vaccine for animals,” said Konstantin Savenkov, head of the Federal Service for Veterinary and Phytosanitary Surveillance, a watchdog.

Savenkov claimed that all the tested vaccinated animals developed antibodies to COVID-19 in 100% of cases.”

Military dogs got inoculated ahead of their appearance at a Red Square parade on May 9 to celebrate the anniversary of the end of World War II.

“This particular vaccine is needed, first of all, in fur farming,” virologist Dr Nadezhda Rakhmanina said, noting that “cases of mass deaths of fur-bearing animals abroad, including in Denmark, were described last year.”

“In general, fur-bearing animals are susceptible to many infectious diseases of humans, they even have a susceptibility to influenza. These animals can get sick with the coronavirus en masse. So the vaccine is really needed.”

Nonetheless, Rakhmanina was less certain about the need for a jab for pets. “Over the past year, it has not been proven that pets can be a source of COVID-19 infection for humans,” he said.

“There are isolated cases of infection in cats, which have been described and proven. But there is no mass [evidence] yet.”