Russia: Taliban should be included in any Afghan interim administration 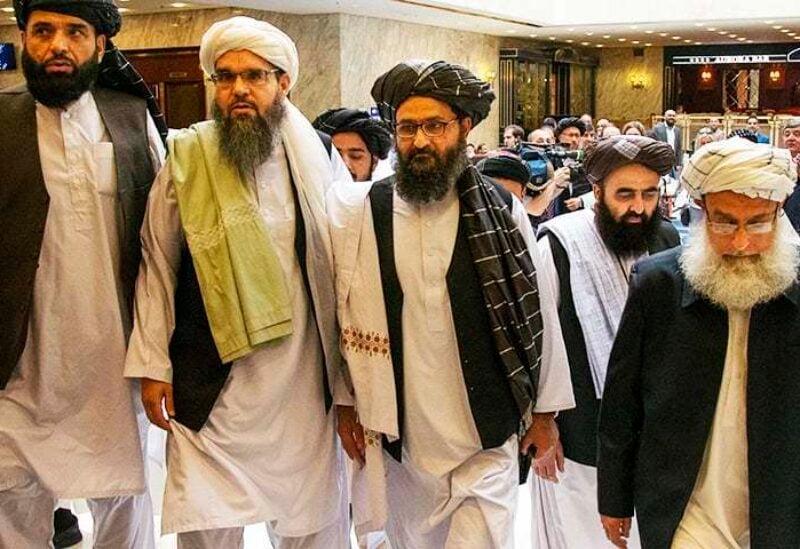 FILE - In this May 28, 2019 file photo, Mullah Abdul Ghani Baradar, the Taliban group's top political leader, third from left, arrives with other members of the Taliban delegation for talks in Moscow, Russia. U.S. envoy Zalmay Khalilzad and the Taliban have resumed negotiations on ending America’s longest war. A Taliban member said Khalilzad also had a one-on-one meeting on Wednesday, Aug. 21, 2019, with Baradar, the Taliban’s lead negotiator, in Qatar, where the insurgent group has a political office. (AP Photo/Alexander Zemlianichenko, File)

On the eve of the conference on Afghanistan to be held on March 18 in Moscow, Russia said on Friday that the Taliban should be included in any Afghan interim administration, before a conference in Moscow aimed at supporting peace talks between the group and Afghanistan’s government.

The meeting – that will include members of Taliban-  is seen as the Kremlin’s latest effort to cement its role as a broker in the conflict, decades after the Soviet occupation of Afghanistan ended.

It comes at a crucial time for the peace process before a May 1 deadline for foreign troops to withdraw from Afghanistan.

The United States has drafted a peace plan calling for the current Afghan government to be replaced with an interim administration until a new constitution is agreed and elections held, but Afghan President Ashraf Ghani has refused to step aside for a transitional government.

“The formation of an interim coalition government should be decided by the Afghans themselves during national reconciliation negotiations,” Russian Foreign Ministry spokeswoman Maria Zakharova told reporters at her weekly briefing.

“At the same time, we have noted that the formation of an interim, inclusive administration would be a logical solution to the problem of integrating the Taliban into Afghanistan’s peaceful political life.”

The US-drafted peace plan suggests that under the interim Afghan administration, the National Assembly could either be expanded to include members of the Taliban or suspended until after the election.

Moscow has said its conference next week is meant to support peace talks held in Doha, which have struggled to yield any breakthroughs.

A source close to the Taliban told the Reuters news agency, on condition of anonymity, that a team of four or five members of the Taliban’s political office in Doha would attend the Moscow conference.

Earlier on Friday, Turkey said it would also host Afghan peace talks in April in Istanbul.

Turkish Foreign Minister Mevlut Cavusoglu said: “Both the Taliban and the negotiation delegation, meaning the government side, had asked us to host such a meeting before.

“We will do this [meeting] in coordination with brotherly Qatar,” he added in reference to a separate round of talks staged in Doha.

The scheduled US withdrawal is being complicated by a new surge in fighting and concern that a speedy exit may only unleash further chaos.

Cavusoglu signalled that he did not necessarily expect the Istanbul meeting to produce an immediate breakthrough.

“Our aim is to pursue negotiations between the Taliban and the government that are focused on a result,” the Anadolu state news agency quoted him as saying.

“Maybe a ceasefire can not be obtained but it is a continuing process,” he said.

“We are giving a message to the Taliban. We are saying them to end the attacks. We are telling them there can be no real negotiations while the attacks continue.”