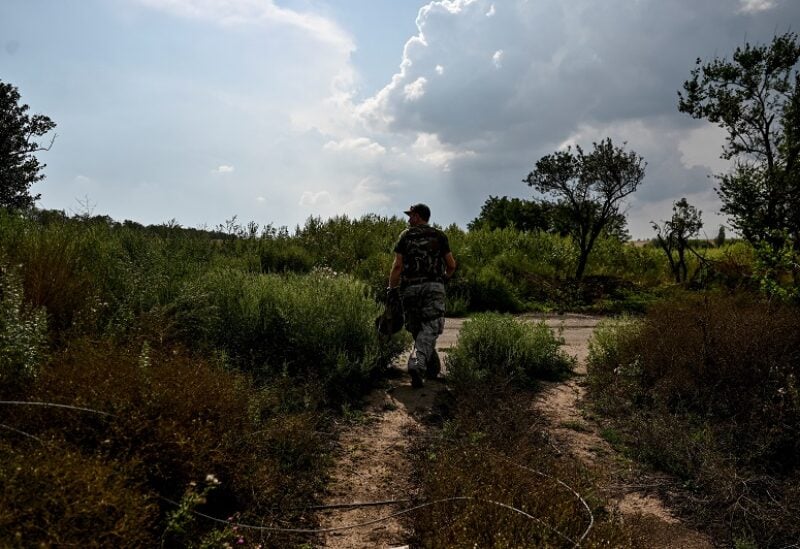 A Ukrainian service member patrols an area near a frontline, amid Russia's attack on Ukraine continues, in Zaporizhzhia Region, Ukraine August 18, 2022. REUTERS/Dmytro Smolienko

In light of reports and rumours that a plant incident is being ‘planned’ for Friday in both Russia and Ukraine, Russia allegedly urged employees at the Zaporizhzhia nuclear power facility not to report to work on Friday, Ukrainian military intelligence REPORTED.

Russia threatened to shut down the plant on Thursday, saying there was a chance of a man-made disaster because of what it claimed was Ukraine’s ongoing shelling of the area. Andriy Yusov, a spokesman for the Main Intelligence Directorate of the Ukrainian Defense Ministry, claims that the situation in Ukraine is entirely different.

Yusov told NBC News, “There is new information, it arrived about half an hour ago, that for tomorrow, August 19, there is an order for the majority of the staff not to go to work. This is what the Russians told their people, primarily the employees of Rosatom,” referring to the Russian nuclear agency.

According to him, this could be proof that Russia is getting ready to stage “large-scale provocations” at the power plant on Friday. “We do not rule out the possibility of massive Russian provocations on the territory of the ZNPP tomorrow. This is confirmed by their propaganda, information from our sources, and the behaviour of the Russians at the station,” he added, referring to the Zaporizhzhia nuclear power plant.

Russia declined to confirm or deny the presence of Rosatom employees in Zaporizhzhia. The Ukrainian government and its “US handlers,” are attempting to manufacture a “small accident” at the facility in southern Ukraine on Friday in order to place the blame on Russia, the Russian defence ministry claimed earlier on Thursday.

According to the report, the “provocation” may have involved a radioactive leak and was timed to coincide with UN Secretary-General Antonio Guterres’ visit to Ukraine.

The largest nuclear reactor facility in Europe, Zaporizhzhia, was repeatedly shelled by Russia after it invaded Ukraine almost six months ago, with Moscow and Kyiv trading accusations.