Russia to evacuate 10,000 a day from Ukraine’s Kherson region 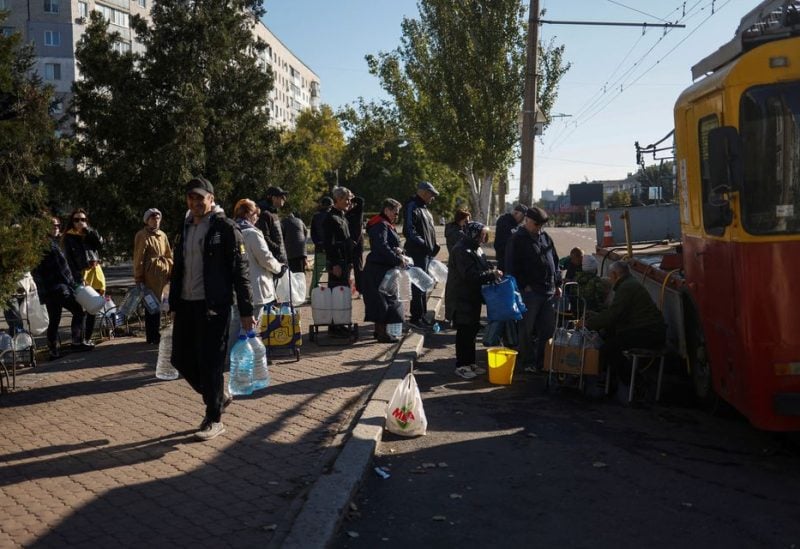 Local people queue to fill up bottles with fresh drinking water, as the main supply pipeline for drinking water for the city was damaged in Kherson region at the beginning of Russia's attack on Ukraine, in Mykolaiv, Ukraine October 16, 2022. REUTERS

The Russian-installed mayor of the seized Ukrainian province of Kherson warned on Wednesday that authorities aim to evacuate between 50 and 60,000 people over the next six days as a Ukrainian counteroffensive intensifies.

On a web broadcast of “Soloviev Live,” Russian-installed governor Vladimir Saldo stated officials were moving residents to the Dnipro’s left bank to “keep people safe” and let the military to “act forcefully.”

“I drove through the regional centre this morning. On the exterior, there was nothing to suggest there was a lot of pressure,” Saldo said.

“But when I arrived at the river port I saw that the boats were waiting and are already loaded with people ready to go to the left bank of the Dnipro,” he said, adding that the situation “is getting tense.”

He said an estimated 10,000 people a day would be moved over the next six days, and that some regions in Russia were being prepared to accept people.

Russian forces in the Kherson region have been driven back by 20-30 km (13-20 miles) in the last few weeks and are at risk of being pinned against the western bank of the 2,200-km-long Dnipro river that traverses through Ukraine.