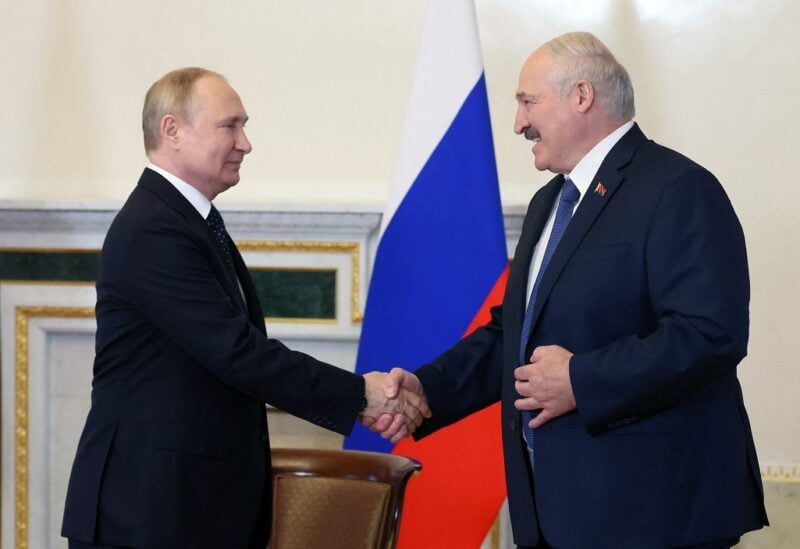 “In the coming months, we will transfer to Belarus Iskander-M tactical missile systems, which can use ballistic or cruise missiles, in their conventional and nuclear versions,” Putin said in a broadcast on Russian television at the start of his meeting with Belarusian strongman Alexander Lukashenko in Saint Petersburg.

Putin also said Russia would help Belarus upgrade its fleet of Su-25 fighter jets to make them capable of carrying nuclear weapons.
Replacing the Soviet “Scud”, the Iskander-M mobile includes two guided missiles have a range of up to 500 km (300 miles) and can carry conventional or nuclear warheads.

Putting Belarus and its close ally Russia under one umbrella, Lukashenko said, “Minsk must be ready for anything, even the use of serious weaponry to defend our fatherland from Brest to Vladivostok.”

Since Russia’s invasion of Ukraine on February 24, tensions between Russia and the West have soared along with triggering a barrage of sanctions against Moscow.

As a result of the Ukraine war, Sweden and Russia’s northern neighbour Finland have applied to join the Western alliance.

By blocking the transit of goods subject to European sanctions travelling across its territory from Russia, Lithuania, in particular, has infuriated Moscow which has termed it a “blockade”.

However, Lithuania has defended its decision by saying that it affects only 1 per cent of the normal goods transit on the route.