Russia, US to square off at UN Security Council over Ukraine 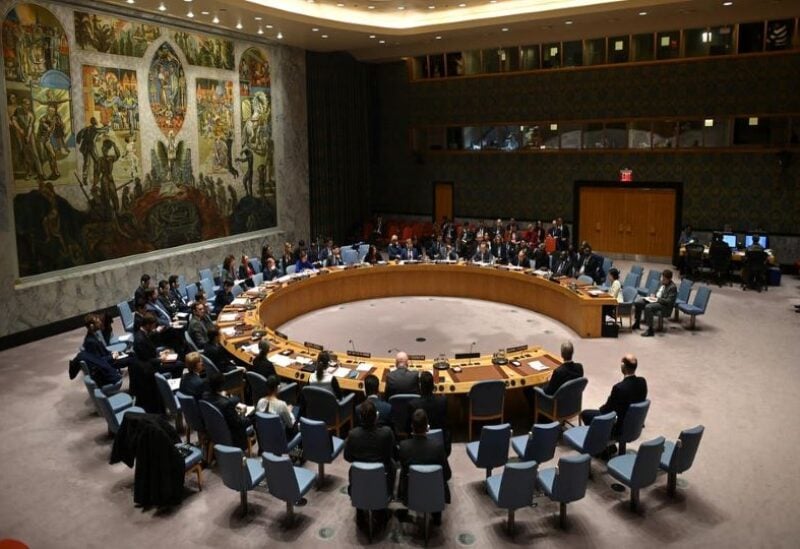 The United States and Russia are clashing in the United Nations Security Council over Ukraine, with Washington calling Moscow’s actions a danger to world peace and security and a Kremlin ambassador dismissing Monday’s meeting as a “public relations farce.”

The gathering sets off additional high-level diplomacy this week, despite the fact that discussions between the US and Russia have so far failed to defuse the problem. Russia has amassed an estimated 100,000 troops on Ukraine’s borders, raising fears of an invasion in the West.

Russia denies planning an assault, but has demanded that NATO swear never to admit Ukraine to the alliance, stop deploying NATO weaponry near Russian borders, and withdraw its soldiers from Eastern Europe. NATO and the US have issued a joint statement.

In a phone call Thursday, US President Joe Biden warned Ukrainian President Volodymyr Zelenskyy that there is a “distinct possibility” Russia will launch an incursion in February, but the Ukrainian leader sought to downplay the war fears, saying Western concern about an impending invasion has caused many investors in the country’s financial markets to cash out.

According to Zelenskyy, “we aren’t witnessing any larger escalation than previously,” and the Russian buildup might be a ploy by Moscow to impose “psychological pressure” and spread fear.

British Prime Minister Boris Johnson will go to Ukraine on Tuesday to meet with Zelenskyy, and will call with Russian President Vladimir Putin later Monday to encourage him to “pull back,” according to Johnson’s office. As a show of strength, Johnson said he is considering sending hundreds of British troops to NATO nations in the Baltic area.

Dmitry Peskov, a Kremlin spokesperson, said on Monday that “hysteria generated by Washington stimulates hysteria in Ukraine, where people are virtually packing their bags for the front line.”

While Russia could try to block the Security Council meeting if nine of the 15 members support it, the US was confident it had “more than sufficient support” to hold it, according to a senior Biden administration official who spoke on the condition of anonymity because he was not authorized to speak publicly.

Russia’s activities, according to US Ambassador Linda Thomas-Greenfield, represent a “clear danger to world peace and security, as well as the UN Charter.”

“We’re going into the room prepared to listen to them, but we’re not going to be distracted by their propaganda,” Thomas-Greenfield said on ABC’s “This Week” on Sunday.

Last week, he stated that members of the Security Council “must openly evaluate the facts and weigh what is at risk for Ukraine, Russia, Europe, and the key commitments and values of the international order if Russia continues to attack Ukraine.”

If the meeting is held, the council will be briefed by a senior UN official before hearing remarks from its 15 members, which include Russia, the United States, and European members France, Ireland, the United Kingdom, and Albania. Ukraine will also be able to speak under council rules.

“Both parties have shown a readiness to continue conversations,” he told a group of reporters on Friday. “Let them work out their disagreements via communication and negotiation.”

“Russia has stated unequivocally that they have no intention of starting a conflict,” Zhang said, adding that the Security Council should “assist to deescalate the situation rather than throwing gasoline to the fire.”

“We want to see de-escalation, diplomacy, and conversation,” she went on to say.

Sen. Bob Menendez, head of the Senate Foreign Relations Committee, said on Sunday that if an assault occurs, Democrats want Russia to suffer “the mother of all penalties.” This includes moves against Russian banks that may significantly harm Russia’s economy, as well as greater deadly help to Ukraine’s military.

The penalties under discussion appear to be substantially harsher than those imposed following Russia’s annexation of Crimea from Ukraine in 2014. These punishments were deemed ineffectual.

Menendez also mentioned the possibility of inflicting certain sanctions in advance of any invasion.