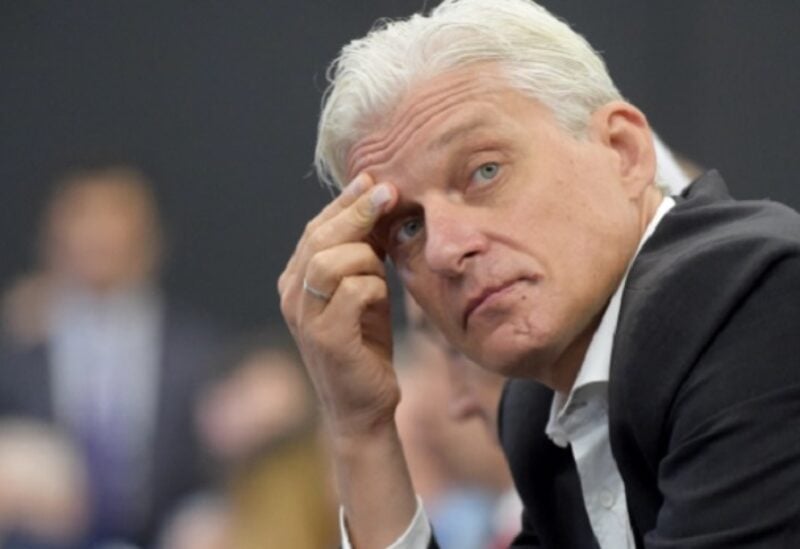 A Russian billionaire sanctioned by the West over the Ukraine war has denounced Moscow’s “massacre” in its neighbouring country and called on Western leaders to help end this “crazy” conflict.

Oleg Tinkov, 54, claimed online on Tuesday that 90 percent of his countrymen were against President Vladimir Putin’s decision to invade Ukraine and described Russian forces as a “s*** army”.

The criticism was the strongest yet by a Russian tycoon against the war.

Tinkov, who founded Tinkoff Bank, Russia’s biggest credit card issuer, has been based outside his home country in recent years.

“I don’t see a single beneficiary of this crazy war! Innocent people and soldiers are dying,” the businessman wrote in an Instagram post, urging the West to offer Putin a dignified way to withdraw.

Putin had ordered Russian troops into Ukraine on February 24 in what he called a “special military operation” to demilitarise and “denazify” the country.

As global and domestic outrage mounted over the decision, the Russian leader also sought to muffle dissent over the war, approving a law that set prison terms of up to 15 years for publishing “fake news” about the country’s military.

The conflict, which is now in its eighth week, has killed thousands of people and displaced more than 12 million in the largest refugee crisis in Europe since World War II.

Kyiv and Western governments have rejected Putin’s justifications for the war as false pretexts for an attack and have imposed sanctions against Russian companies and individuals – including Tinkov – in a bid to force Putin to retreat. Several Russian billionaires have publicly called for peace, but many Russians have rallied to the Kremlin, which has whipped up support with a publicity campaign using the “Z” logo of the armed forces.

“Of course there are morons who draw Z, but 10% of any country are morons. 90% of Russians are AGAINST this war!” wrote Tinkov, who has denied having any close relationship with Putin or the Kremlin.

“Kremlin officials are shocked that neither they or their children will be off to the Mediterranean in the summer. Businessmen are trying to save the rest of their property,” he said.

The billionaire’s post came as Russian forces unleashed a new offensive to capture Ukraine’s eastern Donbas region after abandoning an assault on the Ukrainian capital, Kyiv.

The Russian decision to pull out from Ukraine’s north came after its offensive there stalled in the face of stiff Ukrainian resistance.

Tinkov said Russian “generals, waking up with a hangover”, have now realised that they had a “s*** army”.

“And how could the army be good if everything else in the country is s*** and mired in nepotism, sycophancy and servility?” he wrote.

Switching to English, Tinkov added: “Dear ‘collective West’ please give Mr Putin a clear exit to save his face and stop this massacre. Please be more rational and humanitarian.”

Tinkov owns about 35 percent of Cyprus-based TCS Group Holding, whose stable of companies under the Tinkoff brand span sectors from banking and insurance to mobile services.

Tinkov stepped down as chairman of Tinkoff Bank in 2020.

The bank said in a statement it would not comment on Tinkov’s “private opinion”, saying he no longer took decisions regarding operations across companies under the Tinkoff brand.

“He is not a Tinkoff employee, has not been in Russia for a long time and has been dealing with health issues in recent years,” the statement added.