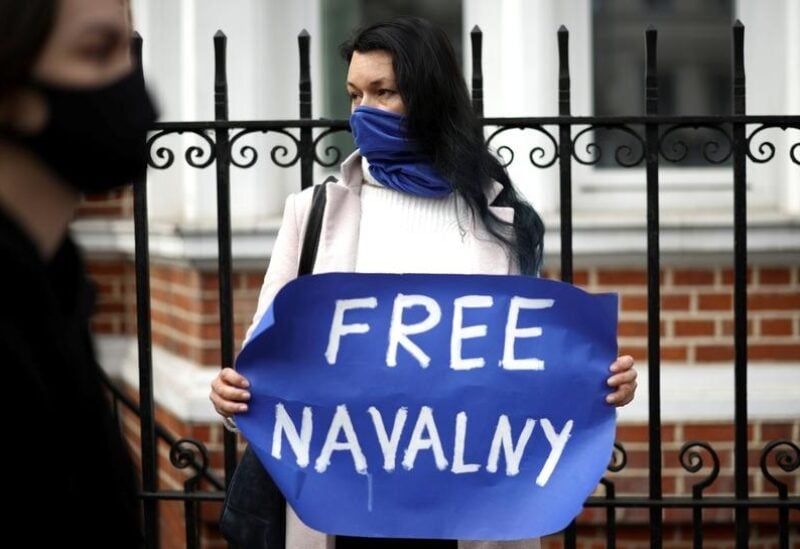 A Russian court barred jailed Kremlin critic Alexei Navalny’s anti-corruption group from posting online and imposed other restrictions on Tuesday, while it considers a request to ban his network as “extremist”.

The court is hearing the case behind closed doors because Russian authorities say it contains classified information.

The FBK was barred from accessing its bank accounts at the request of the prosecutor, and from organizing protests and publishing media articles, said lawyers for Navalny, who is serving a 2-1/2 year jail sentence for parole violations on an earlier conviction that he says was politically motivated.

If his network is declared extremist, authorities will gain the legal power to hand down jail terms to activists and freeze bank accounts, in effect forcing the network to stop campaigning or go underground.

President Vladimir Putin’s most prominent critic gained his exposure as an anti-corruption campaigner, using the FBK to release often caustic videos investigating the huge wealth of senior officials he refers to as “swindlers and thieves”.

His regional offices have functioned as a nascent political movement, supporting candidates against the ruling party, although he was barred from standing against Putin.

“The prosecutor has absolutely illegally suspended the work of our offices and the FBK to recognize all the organizations as extremist imminently,” said Oleg Stepanov, head of Navalny’s Moscow office who announced he was quitting.

Stepanov said he nonetheless planned to continue his anti-Kremlin activism and that he would soon announce a new unrelated opposition project.

The next hearing is due on Thursday.

Last week, Navalny ended a hunger strike after more than three weeks protesting against what he described as inadequate medical treatment. Moscow says he is being treated as would any other prisoner.

Last year, Navalny accused Putin of being behind a poison attack with a nerve agent that he survived. Russian authorities denied any involvement in the attack and questioned whether he was even poisoned.

The 44-year-old opposition politician posted a message on Instagram on Tuesday via his lawyers in which he thanked doctors for repeatedly saving him over the last year, but made no mention of the legal action against his political network.