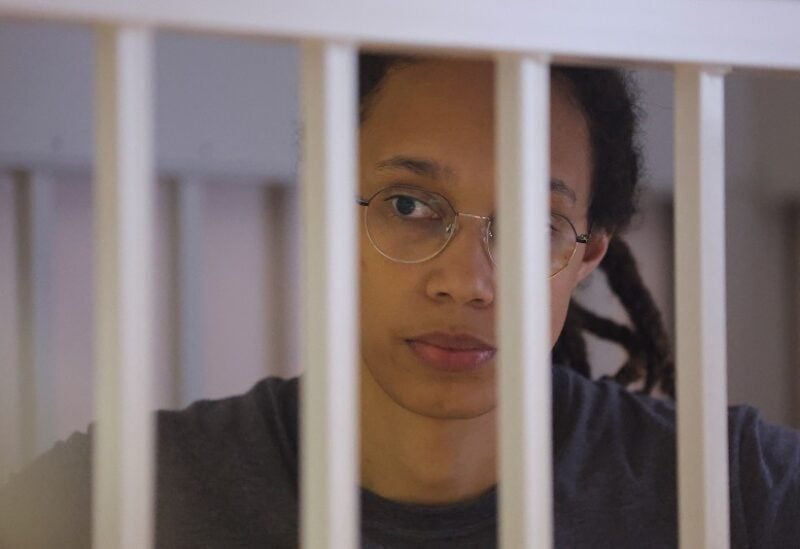 U.S. basketball player Brittney Griner, who was detained at Moscow's Sheremetyevo airport and later charged with illegal possession of cannabis, stands inside a defendants' cage during the reading of the court's verdict in Khimki outside Moscow, Russia August 4, 2022. REUTERS/Evgenia Novozhenina/Pool

The appeal of American WNBA basketball player Brittney Griner against a nine-year sentence for having and smuggling vape cartridges containing cannabis oil was denied by a Russian court on Tuesday.

Griner and her attorneys had requested acquittal or at the very least a reduction in her sentence, which they claimed was unfairly harsh and inconsistent with Russian court custom.

The verdict was affirmed “without alterations,” according to the presiding judge, with the exception of the inclusion of pre-trial detention time in the punishment.

Griner, a two-time Olympic gold medallist, was arrested on Feb. 17 at a Moscow airport, a week before Russia sent troops into Ukraine, and her case has inevitably been viewed in the context of the ensuing crisis in U.S.-Russian relations.

The U.S. chargee d’affaires in Moscow, Elizabeth Rood, who attended the hearing, called the sentence “excessive and disproportionate”.

The state prosecutor said Griner’s Aug. 4 sentence of nine years in a penal colony was “fair”, but Alexander Boykov, one of her lawyers, told the court:

“No judge, hand on heart, will honestly say that Griner’s nine-year sentence is in line with Russian criminal law.”

He listed a series of what he said were procedural flaws in Griner’s conviction and requested an acquittal, but asked that “if the court wants to punish her, [it should] give her a new, ‘fair’ verdict and mitigate the punishment”.

“The severity and cruelty of the sentence applied to Griner shocks people around the world,” he said.

Permitted to make a final statement to the judges by live video link from her detention centre in the town of Novoye Grishino, just outside Moscow, Griner said how stressful her eight-month detention and two trials had been.

“I was barely over the significant amount [of cannabis oil] … People with more severe crimes have gotten less than what I was given,” she said.

Griner apologised for what she said was an honest mistake, as she had at her original trial, saying: “I did not intend to do this”, and asking the court to take into account the fact that she had pleaded guilty.

She has said she used medical cannabis to relieve the pain from a series of sports injuries. Both recreational and medicinal uses are prohibited in Russia.

Wearing a black and red lumberjack shirt over a black hooded top, the 32-year-old alternately sat or stood in her cell, sometimes with head lowered, sometimes leaning against the white bars.

When asked if she had understood the verdict, she merely replied “Yes”.