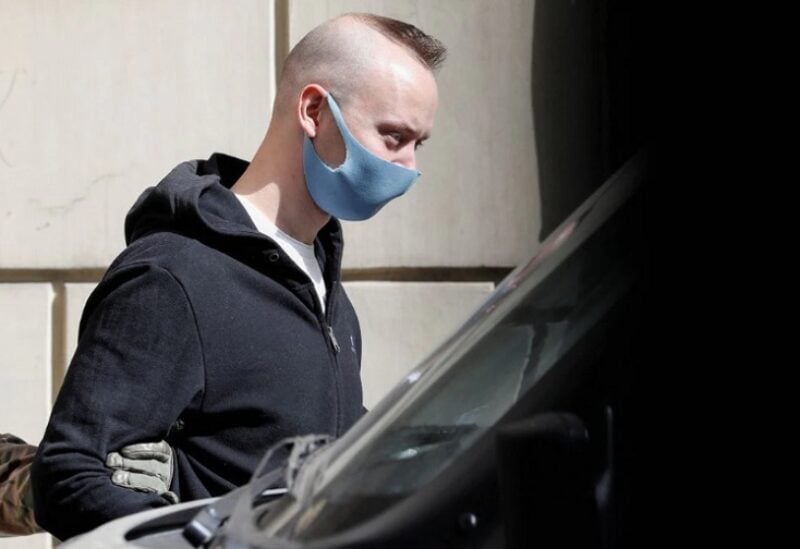 Ivan Safronov, a former journalist and an aide to the head of Russia's space agency Roscosmos who remains in custody on state treason charges, is escorted after a court hearing in Moscow, Russia September 2, 2020. REUTERS/Evgenia Novozhenina/File Photo

Russian former military reporter Ivan Safronov on Monday dismissed treason charges against him as a “travesty” as his trial was set to begin behind closed doors in Moscow.

Safronov was a prominent journalist and part of the pool of officially accredited Kremlin reporters until shortly before his arrest in July 2020, when his detention sent a chill through Russia’s already tightly controlled media landscape.

“Just put yourself in my place — they are telling you that you have committed a crime, but they are not telling you what crime exactly,” he said in a statement published by the English-language Moscow Times.

“How will you defend yourself against this absurdity? … This is a complete travesty of justice and common sense!”

Ivan Pavlov, formerly one of Safronov’s lawyers, said after the arrest that investigators had accused Safronov of disclosing secrets about Russian arms deliveries to the Middle East and Africa in 2017, while he was working for the Kommersant newspaper. He cited investigators as saying the secrets had later been shared with the United States.

Pavlov himself came under criminal investigation after being accused of disclosing classified information while defending Safronov and fled Russia last September, saying he had been placed on a wanted list.

Safronov could be jailed for up to 20 years if found guilty.

“For a year and nine months I have been forced to say that I am guilty of high treason,” he added in his statement. “But I repeat and will repeat — I am not guilty.”

Russia has for years been clamping down on media that report critically on the government, yet after Safronov was arrested reporters from the Kremlin pool itself posted a video in which they spoke out in his defence.

Since sending troops into Ukraine on Feb. 24, Moscow has outlawed reporting on the conflict that departs from the official line, and forced the closure of the few significant independent media outlets still operating from Russian soil.

Two months before he was arrested, Safronov quit journalism and became an adviser to the head of Russia’s space agency, Roscosmos.