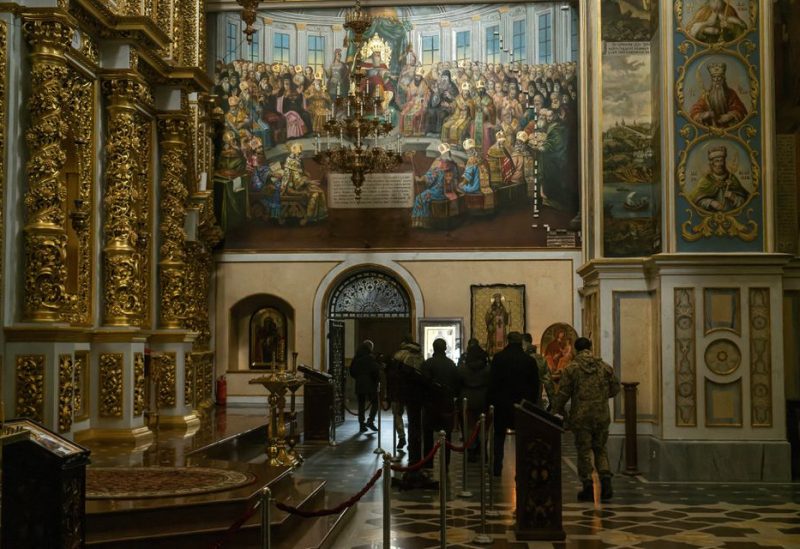 In response to Ukraine’s invasion on an ancient Orthodox Christian monastery in Kyiv on Wednesday, the Russian foreign ministry criticized Ukraine as “godless,” “wild,” and “immoral.”

The 1,000-year-old Kyiv Pechersk Lavra complex, also known as the Kyiv Monastery of the Caves, was searched by the Ukrainian SBU security service and police early on Tuesday as part of operations to thwart alleged “subversive activities by Russian special services,” according to the SBU.

The site is a Ukrainian cultural treasure and the headquarters of the Russian-backed wing of the Ukrainian Orthodox Church that falls under the Moscow Patriarchate.

Russia invaded Ukraine on Feb. 24, saying a “special operation” was needed to demilitarise the country. Ukraine and the West have dismissed this as a baseless pretext for a war of conquest that has killed thousands, displaced millions, and turned cities to rubble.

On Wednesday, Foreign Ministry Spokeswoman Maria Zakharova said there was no justification for the raid and compared the “Kyiv regime” to Bacchus, the Roman god of wine whose name is often associated in Russian with immoral mayhem, chaos and revelry.

“This is just some kind of total godless Bacchanalia. There is no justification or explanation for this. And there cannot be,” Zakharova said on Sputnik radio.

“This is another part of the absolutely immoral and wild actions of the Kyiv regime.”

Russia’s Orthodox Church said on Tuesday the search was an “act of intimidation”.