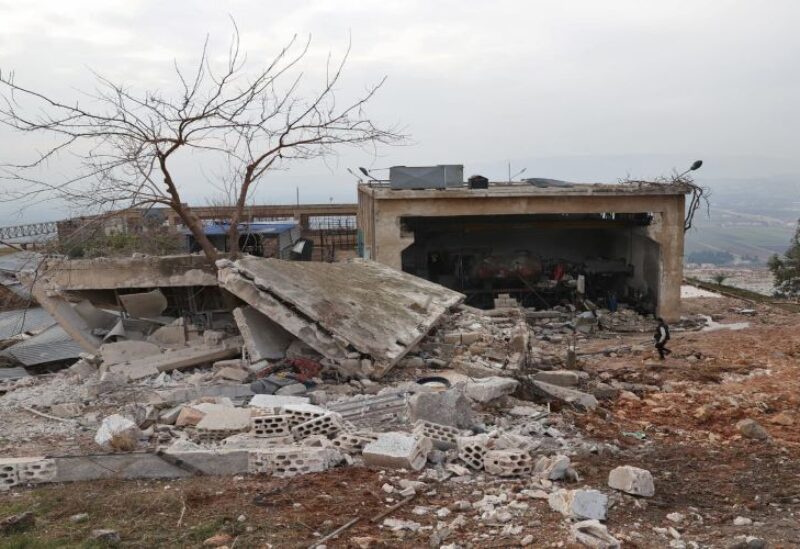 Al-Arshani water station, after it was reportedly hit by a Russian airstrike

According to witnesses and rebel sources, Russian planes struck regions near the northwestern Syrian city of Idlib on Sunday, signaling a new year flare-up for the last opposition-held stronghold.

High-altitude warplanes, identified as Russian Sukhoi aircraft by monitoring centers, dropped bombs on multiple towns and a water pumping station servicing the congested metropolis of Idlib, which has a population of more than a million people.

There was no immediate response from Russia or the Syrian army, which claims to be targeting the hideouts of extremist groups that govern the region but denies any strikes on civilians.

The city’s water utility service was shut down as a result of the strikes, according to a local official.

According to witnesses, the previous twenty-four hours’ worth of attacks in the rebel-held enclave have also targeted cattle and poultry farms near the Bab al Hawa border crossing with Turkey.

“The Russians are concentrating their efforts on infrastructure and economic assets.” “This is to exacerbate people’s misery,” said Abu Hazem Idlibi, an official in the rebel government.

Other targets included villages in the Jabal al-Zawiya region in the southern part of Idlib province, where residents and rescuers said there were no immediate reports of casualties.

A series of strikes after midnight on Saturday struck temporary shelters housing hundreds of displaced families in Jisr al Shuqhur, west of Idlib, killing two children and a mother and injuring ten people, according to the civil defense agency.

Since November, there has been a relative halt in air strikes as a fresh Russian-led campaign, followed by Turkish army deployments inside the enclave, raised the potential of a larger restart of hostilities.

A pact struck over two years ago between Russia, which backs Syrian President Bashar al Assad’s forces, and Turkey, which backs opposition groups, brought a halt to combat that had displaced over a million people in a matter of months.