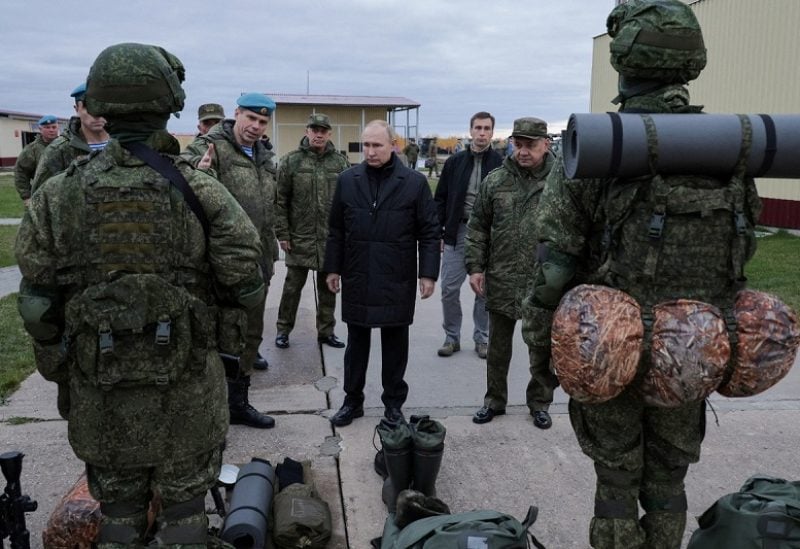 Russian President Vladimir Putin listens to Deputy Commander of the Airborne Troops Anatoly Kontsevoy at a training centre of the Western Military District for mobilised reservists, in Ryazan Region, Russia October 20, 2022. Russian Defence Ministry/Handout via REUTERS ATTENTION EDITORS - THIS IMAGE WAS PROVIDED BY A THIRD PARTY. NO RESALES. NO ARCHIVES. MANDATORY CREDIT.

The Russian military today accused London of being involved in the explosions that caused the leaks last September of the Nord Stream 1 and 2 gas pipelines in the Baltic Sea, which were built to transport Russian gas to Europe, AFP reported.

The Russian Ministry of Defense wrote on Telegram: “Representatives of a unit of the British Navy participated in the planning, supply and execution of the terrorist act in the Baltic Sea last September 26 to sabotage the work of the Nord Stream 1 and 2 gas pipelines.”