Russian official sees progress with Ukraine on neutrality, not on ‘denazification’ 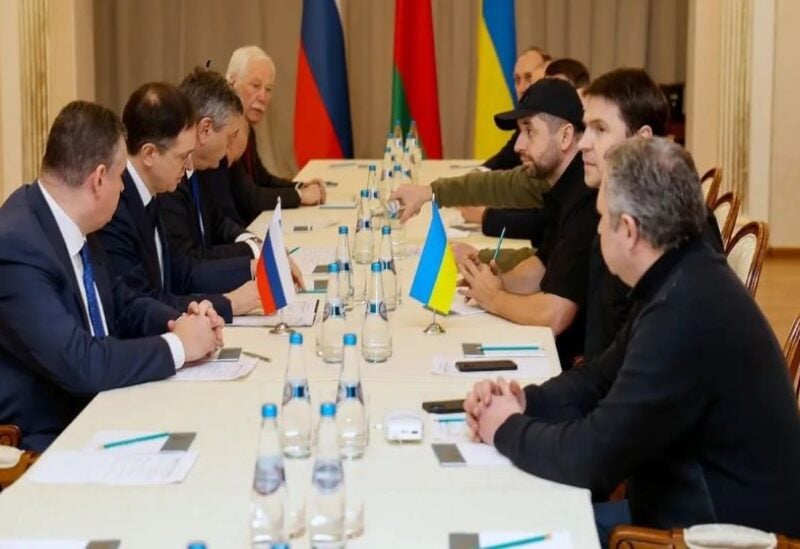 On Friday, Russia’s chief negotiator in Ukraine stated that progress was being made on demilitarizing the country, but not on Moscow’s demand to “denazify” its neighbor.

Vladimir Medinsky said the two countries were “halfway there” on the issue of Ukraine choosing neutral status 22 days after Russia invaded Ukraine and following a series of conversations in person and over video link.

“On denazification, the situation is odd since our Ukrainian colleagues on the other side of the table believe there are no Nazi formations in Ukraine and that this is not a problem in modern Ukraine,” he stated.

On February 24, Russia invaded Ukraine in what President Vladimir Putin described as a “special operation” aimed at reducing its southern neighbor’s military capability and rooting out “dangerous nationalists.”

Ukraine and the West reject his declared goals of demilitarizing and “denazifying” the country as a pretext for waging a war of choice against a country led by Volodymyr Zelenskyy, a democratically elected Jewish president.

According to Medinsky, Russia would continue to bring up the issue in talks, claiming that Ukraine has “permitted Nazi military units” with their own iconography, training, and philosophy.

“I believe we will come back to this topic again and again,” he said.

According to Zelenskyy, Russia is acting Nazi-like by wreaking havoc on Ukrainian cities in a war that has killed thousands of people and forced millions to evacuate their homes.

“This is straight-up Nazi behavior.” He told an American Jewish gathering last week, “I can’t even qualify this in any other way.”