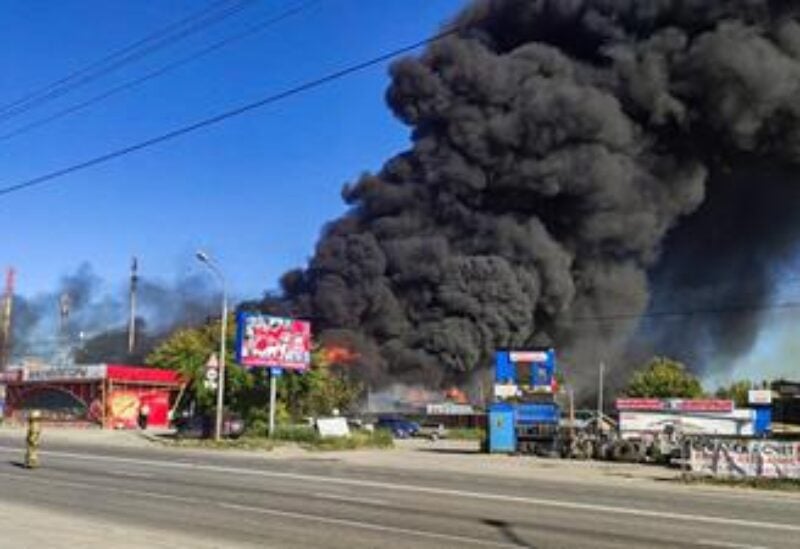 Huge fireballs bloomed into the sky near Russia’s third-biggest city on Monday after a petrol station caught fire.

The fire at Akademgorodok, near Novosibirsk, started when a car was being filled with petrol, an employee of the Eurogas petrol station told Russia’s state-owned Tass news agency.

It covered an area of more than 800 square metres as fuel tanks exploded, injuring 33 people including two firefighters attempting to put out the blaze. Twenty of them were admitted to hospital.

Traffic was diverted away from the area and authorities say the fire has been extinguished.

One witness said: “A second gas station is already on fire.”

Another witness stated: “The area is full of ambulances. And those who came to gawp at the fire were also burned.

“One of the explosions thundered when the first fire engine got to the petrol. I hope the firefighters are alive.”

The fire engulfed an area of 800 square meters.

The fire has now been extinguished and a criminal investigation has been launched.