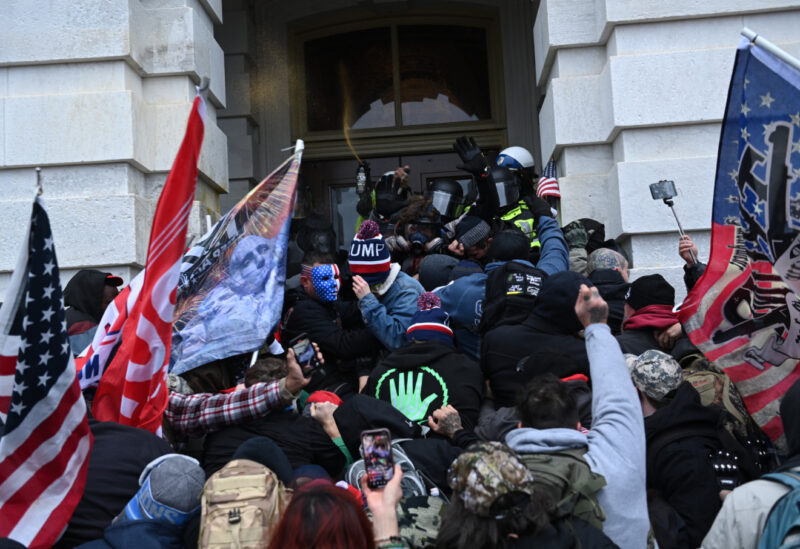 Russian police have detained more than 170 participants of a forum of independent members of municipal councils, an action that comes amid the authorities’ multi-pronged crackdown on dissent.

Police showed up at the gathering in Moscow on Saturday shortly after it opened, saying that all those present will be arrested for taking part in an event organised by an “undesirable” organisation. A police officer leading the raid said the detainees will be taken down to police precincts and charged with administrative violations.

OVD-Info, an independent group monitoring arrests and political repression, said that more than 170 participants in the forum were detained. Among them were Ilya Yashin, an opposition politician who leads one of Moscow’s municipal districts; former mayor of Yekaterinburg Yevgeny Roizman; and Moscow’s municipal council member Yulia Galyamina.

Yashin wrote on Twitter: “The police came to the forum of municipal deputies in Moscow. There are 150 people here from all over the country. Everyone is being detained. I mean, everyone.”

The gathering was organised by the United Democrats, a group led by politician Andrei Pivovarov.

“Their goal was to scare people away from engaging in politics,” Pivovarov said in a video from a police van.

A 2015 law introduced criminal punishment for membership in “undesirable” organisations. The government has used the law to ban about 30 groups, including Open Russia.

An earlier law obliged non-governmental organisations that receive foreign funding and engage in activities loosely described as political to register as “foreign agents”.

The laws have been widely criticised as part of the Kremlin’s efforts to stifle dissent, but the Russian authorities have described them as a justified response to alleged Western efforts to undermine the country.