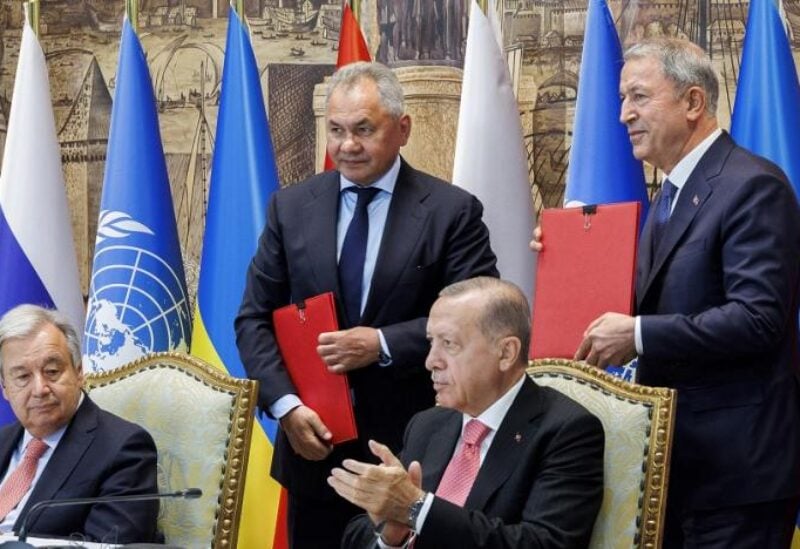 The Joint Coordination Center (JCC), established as part of a landmark deal to resume grain exports from Ukraine, has started work in Istanbul, Russia’s defense ministry said on Tuesday

The Russian delegation to the JCC will arrive in Turkey today and begin work in a four-way format, alongside Turkey, Ukraine and the United Nations, the ministry said in a statement posted on social media.

Russia and Ukraine signed a landmark deal last Friday, brokered by Ankara and the UN, to unblock grain exports from Ukraine’s Black Sea ports and ease an international food crisis.

The deal was almost immediately thrown into jeopardy after Russia fired cruise missiles on the port of Odesa, Ukraine’s largest, on Saturday morning, just 12 hours after the signing ceremony in Istanbul.

But both Moscow and Kyiv have said they will try to push forward with the agreement – the first major diplomatic breakthrough in the conflict now in its sixth month.

Ukraine and Russia accounted for around a third of global wheat exports before Russia’s Feb. 24 invasion.

The Russian delegation to the JCC will be headed by rear admiral Eduard Luik, Moscow said.

“The main task of Russian specialists in the JCC will be the prompt resolution of all necessary issues for the initiative to enter the stage of practical implementation,” the defense ministry said.

The Kremlin on Monday called for the UN to secure the removal of curbs on Russian fertilizer and grain exports as part of the deal, saying it was still too early to say whether the agreement would be a success.