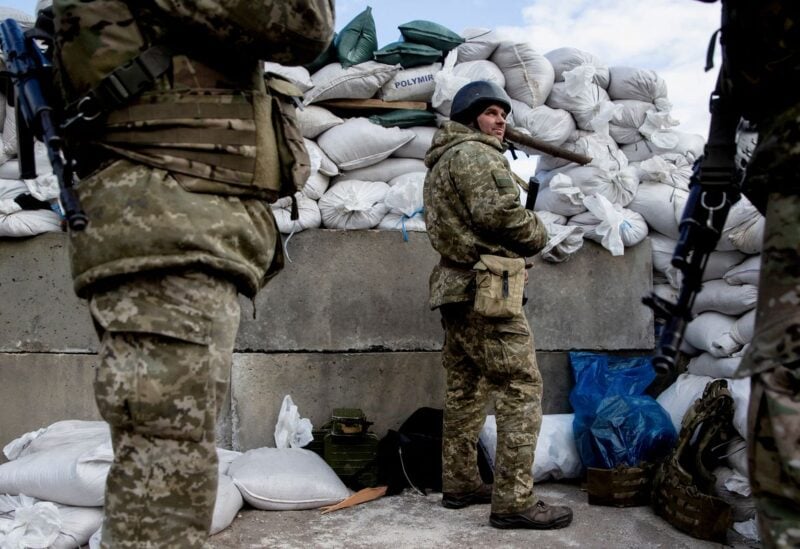 Russia’s political and economic isolation deepened on Monday as its forces met stiff resistance in Ukraine’s capital and other cities in the biggest assault on a European state since World War Two.

President Vladimir Putin put Russia’s nuclear deterrent on high alert on Sunday in the face of a barrage of Western-led reprisals for his war on Ukraine, which said it had repelled Russian ground forces’ attempts to capture urban centres.

Blasts were heard before dawn on Monday in the capital of Kyiv and in the major city of Kharkiv, Ukrainian authorities said, while diplomatic manoeuvring continued.

Ukraine said negotiations with Moscow without preconditions would be held at the Belarusian-Ukrainian border. Russian news agency Tass cited an unidentified source as saying the talks would start on Monday morning.

U.S. President Joe Biden will host a call with allies and partners on Monday to coordinate a united response, the White House said.

The United States said Putin was escalating the war with “dangerous rhetoric” about Russia’s nuclear posture, amid signs Russian forces were preparing to besiege major cities in the democratic country of about 44 million people.

As missiles rained down, nearly 400,000 civilians, mainly women and children, have fled into neighbouring countries, a U.N. relief agency said.

“It appears that they are adopting a siege mentality, which any student of military tactics and strategy will tell you, when you adopt siege tactics, it increases the likelihood of collateral damage,” the official said, speaking on condition of anonymity.

Ukrainian President Volodymyr Zelenskiy told British Prime Minister Boris Johnson by telephone on Sunday that the next 24 hours would be crucial for Ukraine, a Downing Street spokesperson said.

So far, the Russian offensive cannot claim any major victories. Russian has not taken any Ukrainian city, does not control Ukraine’s airspace, and its troops remained roughly 30 km (19 miles) from Kyiv’s city centre for a second day, the official said.

Russia calls its actions in Ukraine a “special operation” that it says is not designed to occupy territory but to destroy its southern neighbour’s military capabilities and capture what it regards as dangerous nationalists.

Western-led political, strategic, economic and corporate sanctions were unprecedented in their extent and coordination, and there were further pledges of military support for Ukraine’s badly outgunned armed forces.

The rouble plunged nearly 30% to an all-time low versus the dollar, after Western nations on Saturday unveiled harsh sanctions including blocking some Russian banks from the SWIFT international payments system.

Japan and South Korea said they would join in the action to block some banks from SWIFT. South Korea, a major exporter of semiconductors, would also ban exports of strategic items to Russia.

Singapore, a financial and shipping hub, said it intended to impose sanctions and restrictions on Russia, the Straits Times newspaper reported.

Japan said was also considering imposing sanctions against some individuals in Belarus, a key staging area for the Russian invasion.

A referendum in Belarus on Sunday approved a new constitution ditching the country’s non-nuclear status.

Several European subsidiaries of Sberbank Russia, majority owned by the Russian government, were failing or were likely to fail due to reputational cost of the war in Ukraine, the European Central Bank said.

Russia’s central bank scrambled to manage the broadening fallout of the sanctions saying it would resume buying gold on the domestic market, launch a repurchase auction with no limits and ease restrictions on banks’ open foreign currency positions.

It also ordered brokers to block attempt by foreigners to sell Russian securities.

That could complicate plans by the sovereign wealth funds of Norway and Australia, which said they planned to wind down their exposure to Russian-listed companies.

Corporate giants also took action, with British oil major BP BP, the biggest foreign investor in Russia, saying it would abandon its stake in state oil company Rosneft (ROSN.MM) at a cost of up to $25 billion.

The European Union on Sunday decided for the first time in its history to supply weapons to a country at war, pledging arms including fighter jets to Ukraine.

Germany, which had already frozen a planned undersea gas pipeline from Russia, said it would increase defence spending massively, casting off decades of reluctance to match its economic power with military clout.

EU Chief Executive Ursula von der Leyen expressed support for Ukraine’s membership in an interview with Euronews, saying “they are one of us.”

The EU shut all Russian planes out of its airspace, as did Canada, forcing Russian airline Aeroflot to cancel all flights to European destinations until further notice. The United States and France urged their citizens to consider leaving Russia immediately.

In New York, the U.N. Security Council convened a rare emergency meeting of the U.N. General Assembly, or all the United Nations’ 193 member states, for Monday.

Rolling protests have been held around the world against the invasion, including in Russia, where almost 6,000 people have been detained at anti-war protests since Thursday, the OVD-Info protest monitor said.

Tens of thousands of people across Europe marched in protest, including more than 100,000 in Berlin. read more

Meta Platforms (FB.O) said it had removed a network of about 40 fake accounts, groups and pages across Facebook and Instagram that operated from Russia and Ukraine targeting public figures in Ukraine, for violating its rules against coordinated inauthentic behavior.

Twitter said it had also suspended more than a dozen accounts and blocked the sharing of several links for violating its rules against platform manipulation and spam.