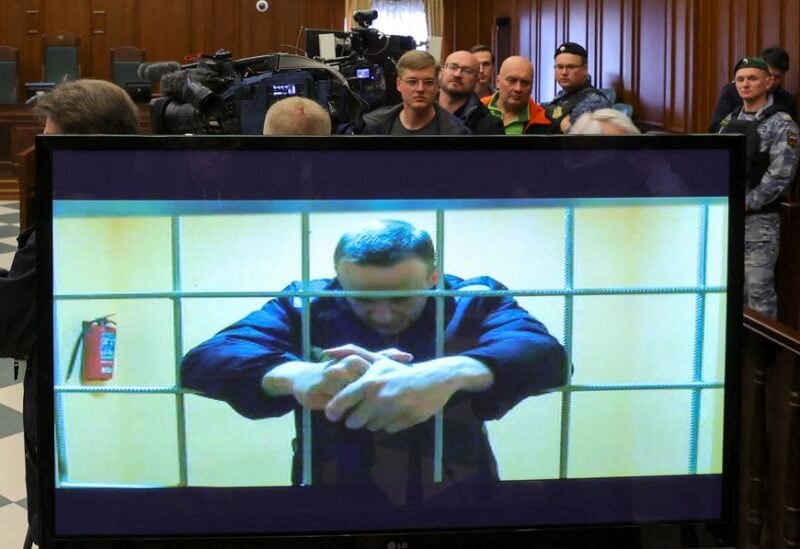 Russian opposition leader Alexei Navalny is seen on a screen via a video link from the IK-2 corrective penal colony in Pokrov during a court hearing to consider an appeal against his prison sentence in Moscow, Russia May 24, 2022. REUTERS/Evgenia Novozhenina/File Photo

Jailed Alexei Navalny, a member of the Russian opposition party, claimed on Monday that his back discomfort was getting worse as a result of spending extended periods of time alone, which he claimed was done on purpose by the government to harm his health.

He also bemoaned receiving injections of unidentified medications in a tweet.

The tweet read, “See how the system works when your leadership orders you to injure them terribly even though you are not permitted to beat up a person.”

“For example, I have a problem with my spine. It is clear what one has to do to make the problem worse: keep me immobile as much as possible,” said Navalny, 46, who is able to post on social media via his lawyers and allies.

“If you lock a person up in a punishment cell, where he can either stand or sit on an iron stool for 16 hours a day, after a month in such conditions even a healthy person will undoubtedly get back pains. I’ve spent the last 3 months like this. Naturally, my back hurts a lot.”

Navalny said he had asked for a month and a half to see a doctor. When a doctor finally came, he said, she examined him for just five minutes and refused to tell him her diagnosis or what she was prescribing.

He said he had then been given injections. When he asked what they contained, he was told: “We inject what the doctor prescribed. Vitamin B, for example.”

The injections are not helping, he said, “and in general, I feel a little uncomfortable being injected with an unknown drug”.

Navalny is President Vladimir Putin’s most outspoken domestic critic and a trenchant opponent of the war in Ukraine.