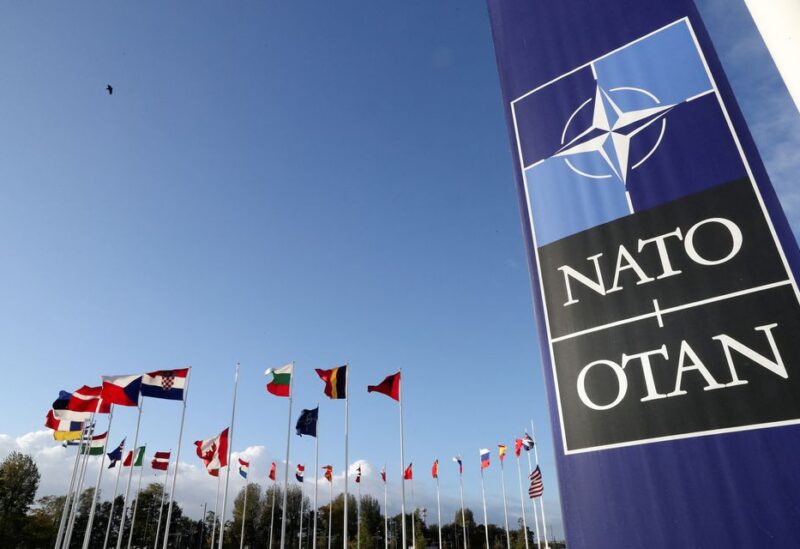 Flags wave outside the Alliance headquarters ahead of a NATO Defence Ministers meeting, in Brussels

Former Secretary General Anders Fogh Rasmussen, said via an interview with DW, that NATO should not be afraid of the nuclear threat from Russia.
DW: From time to time, the Russians send out signals that they are willing to use nuclear weapons. Is this just propaganda, or is there a growing risk of these weapons being used strategically – or at least tactically – on the battlefield in Ukraine?

Anders Fogh Rasmussen: I don’t consider these warnings real, so I am not concerned about these threats. It’s an attempt to intimidate NATO allies to diminish weapons deliveries to Ukraine. Putin knows that if he were to use weapons of mass destruction, whether tactical nuclear weapons or biological or chemical weapons, there would be a determined response. And Putin would lose. If those threats from Moscow impacted us, then we would leave the last word to the brutal tyrant in the conflicts he initiates.
President Joe Biden put it well after the last NATO summit when he said that if Putin uses nuclear, chemical or biological weapons, he will cross a red line, and there will be our reaction. But Biden wasn’t clear, he didn’t specify what kind of response that would be and after precisely what sort of red line was trespassed. I think that such uncertainty is also a part of credible deterrence.

So far, too many NATO leaders have been too eager to exclude this or that reaction to Russia’s actions in Ukraine. We should never do that. If we want our deterrence to be credible, the adversary should be kept in uncertainty about the course of the red line. And he should also be uncertain about how and when we will respond if he crosses it. Other statements only serve to expand Putin’s room for maneuver.
So was it a mistake for Biden and NATO to declare that they would not send a single soldier to Ukraine? Should this issue have been left open as part of the “strategic ambiguity” you mentioned?

Honestly speaking, yes. But then, Biden did the right thing when he remained unclear about how exactly NATO would react after the last NATO summit. That should have been done much earlier, but I think NATO has learned its lesson. Because when you exclude troops on the ground, when you exclude a no-fly zone, when you rule out other actions, you tell Putin what he can do without any reaction from us.

NATO countries spend a lot of time debating the types of weapons supplied to Ukraine, how not to escalate, how not to provoke. Where do you see the line between what can be delivered and what cannot?

We should not take into account what Putin would feel is a provocation. Putin is the aggressor who has attacked a peaceful neighbor. And according to the UN Charter, every country has the right to self-defense. Moreover, the government of such a state has the right to ask for help from other countries in this self-defense. So, whatever the Ukrainians asked for, we should deliver them if we can.
The alliance is sometimes accused of provoking Moscow. In this respect, the Pope used the phrase “barking at Russia’s gates” in a recent interview.

I completely disagree with that. At no time did we threaten Russia. We have not provoked Russia with NATO enlargement. We did not campaign for NATO enlargement but merely accepted applications from former communist states that wanted protection from Russia. So perhaps the Russians should ask themselves why all their neighbors are looking to NATO for security guarantees? We have reached out to Russia on several occasions throughout this whole process. The Russians had a sizeable permanent representation at NATO headquarters because we wanted to say to them, “What we are doing is not directed against you. You can watch with your own eyes what is going on.” We had the NATO-Russia Council, which met once a month and provided a framework for cooperation, consultation and joint actions preparation. In 2010 at the NATO summit in Lisbon, we decided to develop a strategic partnership between NATO and Russia. I think the Pope should go through this history.
Was it not a mistake for NATO to declare that its door is open to Ukraine, but at the same time not to offer a path to membership? It became clear that Ukraine would not be accepted into the alliance.

Yes. Seen retrospectively, we made a lot of mistakes. And one of them was not granting Ukraine and Georgia our “Membership Action Plan” (MAP) at the NATO summit in Bucharest in 2008. I was in favor, the US was in favor, the UK was in favor, but Germany and France were against it, so we could not agree on it. So we sent the wrong signal to Putin. And a few months after the Bucharest Summit in 2008, it was he who sent out his clear message — he attacked Georgia. Moreover, we reacted far too weakly when Russia occupied Crimea in 2014 and began its occupation of Donbas.