Russia’s Sechin says Taiwan will return to China ‘on schedule’ 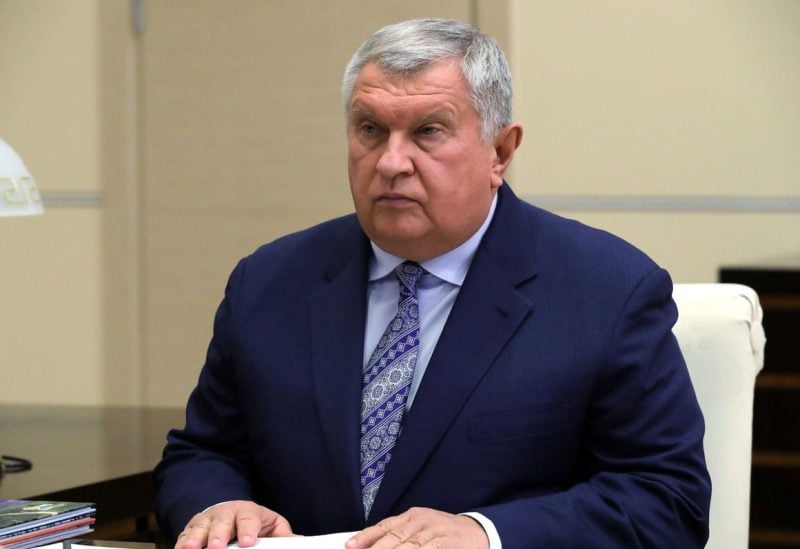 One of Vladimir Putin’s closest allies and the head of the Russian oil giant Rosneft, Igor Sechin, praised the leaders of China on Thursday and predicted that Taiwan would return to its “native harbor” on schedule.

Sechin predicted that the measures made at the 20th Communist Party Congress, which solidified Xi Jinping’s status as the most powerful Chinese leader since Mao Zedong, will propel the nation to a new stage of development.

The deepening “no limits” partnership between the rising superpower of China and the natural resources titan of Russia is one of the most intriguing geopolitical developments of recent years – and one the West is watching with anxiety.

“The position of (China’s) leadership is highly respected, which calmly and openly, without false premises, sets out its positions, even on the most difficult issues, such as the problem of Taiwan, which in this regard can be assessed as somewhat exaggerated,” Sechin told an international economic forum in Baku, previously held in Italy’s Verona.

He said U.S. attempts to create its own complex microchip industry showed that “Taiwan’s return to its native harbour” was “on schedule”.

Taiwan’s Foreign Ministry condemned the comments, saying only the island’s people could decide their future.

“Neither our government, people nor the international community can accept absurd remarks that are in China’s cortege or demean Taiwan’s sovereign status,” it said in a statement.

China claims democratically governed Taiwan as its own territory and has ramped up military and political pressure against the island over the past two years. Taipei strongly rejects Beijing’s sovereignty claims.

Russia has repeatedly warned the United States against meddling in China’s affairs while President Vladimir Putin has explicitly backed Xi over the fate of the island where the defeated Republic of China government fled in 1949 after losing the Chinese civil war to Mao’s communists.

Sechin said Rosneft had transferred $700 million in second-half 2021 dividends into special accounts for BP, which remained Rosneft’s “shadow” shareholder despite a decision to leave the company following the start of what Moscow calls its “special military operation” in Ukraine.

BP said its position on Russia has remained unchanged.

“In February we announced our decision to exit Rosneft and our other Russian businesses – we continue to pursue that,” it said in emailed comments.

Sechin also said that Saudi Arabia’s position on the global oil market was “reasonable” and based on analysis of oil supply and demand.

The United States, he said, had tried to persuade Saudi Arabia to postpone oil output cuts as part of OPEC+.

“Today, the energy policy of the (Joe) Biden administration is solving exclusively pre-election tasks with a planning horizon of two weeks, given that the elections to the U.S. Congress are on November 8,” Sechin said.

“This includes attempts to persuade Saudi Arabia to at least postpone the announcement of this decision until the elections.”

The OPEC+ group of global leading oil producers, which includes Saudi Arabia and Russia, agreed this month to cut its combined output by 2 million barrels per day despite opposition from the United States, which wants lower fuel prices.

Saudi Arabia rejected criticism of an OPEC+ decision to cut its oil production target despite U.S. objections and said that Washington’s request to delay the cut by a month would have had negative economic consequences.