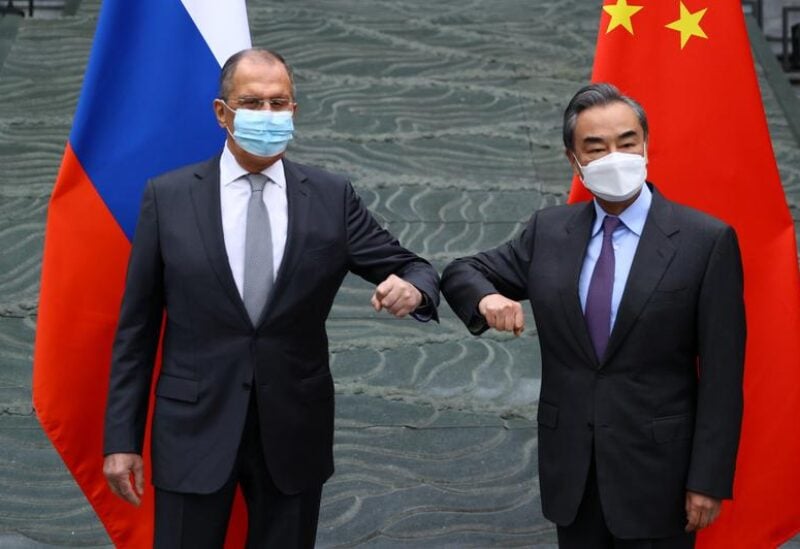 Russian Foreign Minister Sergei Lavrov started a visit to China on Monday with a call for Moscow and Beijing to reduce their dependence on the U.S. dollar and Western payment systems to push back against what he called “the West’s ideological agenda.”

Lavrov, on a 2-day visit to China, is expected to hold talks with his Chinese counterpart at a time when both countries’ relations with the administration of U.S. President Joe Biden are badly strained.

U.S. and Chinese officials on Friday concluded what the United States called “tough and direct” talks in Alaska, while Russia’s ambassador arrived back in Moscow on Sunday for consultations after Biden said he believed President Vladimir Putin was a killer.

Moscow is also braced for a new round of U.S. sanctions over what Washington says was its interference in the 2020 U.S. presidential election, a claim denied by Russia.

Speaking to Chinese media before the start of his visit, Lavrov said Russia and China were compelled to develop independently of the U.S. in order to thwart what he said were attempts by Washington to curb their technological development.

“We need to reduce sanctions risks by bolstering our technological independence, by switching to payments in our national currencies and global currencies that serve as an alternative to the dollar,” Lavrov said, according to a transcript of his interview released on Monday.

“We need to move away from using international payment systems controlled by the West.”

Ahead of his visit, a Chinese state newspaper, The Global Times, suggested Lavrov’s trip was a sign of how close China-Russia coordination would offset the impact of what it called “U.S. trouble-making.”

“The timing of Lavrov’s visit is noteworthy as it means Russia is the first country China shares information and opinions with on key issues after the China-US face-to-face communication,” it said.