Russia’s war in Ukraine ‘at another key moment’: US secretary of defense 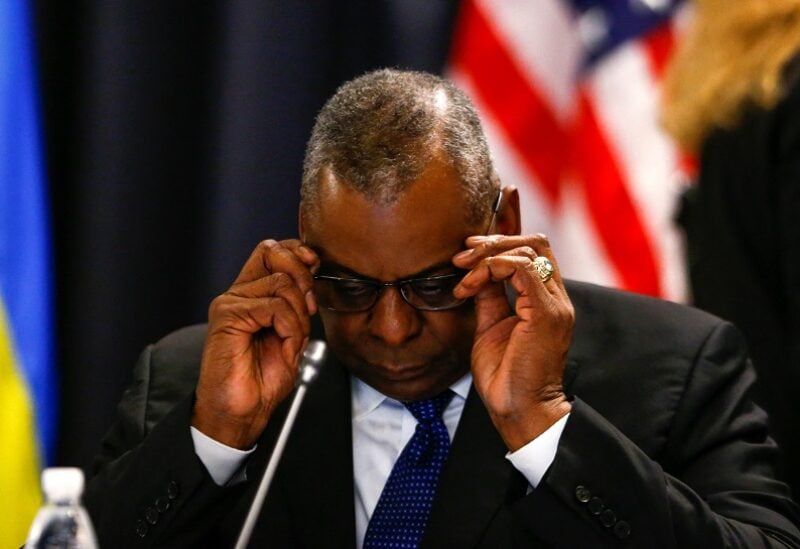 US secretary of defense said Thursday, that Russia’s war in Ukraine is “at another key moment,” encouraging allies to “sustain Ukraine’s brave defenders for the long haul.”

“Today, four months after our initial contact group meeting, the war is another key moment. Russian forces continue to cruelly bombard Ukrainian cities and civilians with missiles and artillery fire, but Ukrainian forces have begun their counter-offensive in the south of their country,” Lloyd Austin said in his opening speech at the fifth Ukraine Defense Contact Group meeting in Ramstein, Germany.

“And they’re integrating the capabilities that we all have provided to help themselves fight and reclaim their sovereign territory. So it’s fitting that we’re meeting back here at Ramstein,” he added.

He said the contact group was established to meet Ukraine’s “most urgent needs,” and it “needs to position itself to sustain Ukraine’s brave defenders for the long haul.”

“And that means a continued and determined flow of capability now. It means moving urgently to innovate and to push all of our defense, industrial bases to provide Ukraine with the tools that it will need for the hard road ahead,” he said. “And it means renewing and deepening our resolve to stand by Ukraine.”

“We’re here because we refuse to live in a world where big powers trampled borders by force,” he said.

He said the face of the war is changing, and so is the mission of the contact group.

Austin said that they will work together to train Ukraine’s forces, help integrate Ukraine’s capabilities and bolster its joint operations, upgrade their defense industrial bases to meet Kyiv’s requirements, and for the production and innovation to meet Ukraine’s self-defense needs.

He also recalled the US’ commitment to send $6.3 billion in security assistance to Ukraine during last month’s group meeting.

Austin added that President Joe Biden approved on Wednesday the latest tranche of US assistance to Ukraine valued up to $675 million.

Separately, at a news conference with Joint Chiefs Chairman Mark Milley, Austin touched on US military support for Ukraine and said “nations of goodwill” from all around the world have stepped up as well.

The contact group is now even more united and resolved to keep up shared support for Ukraine’s right to defend itself, he said.

“Every time that we come together to meet Ukraine’s urgent self-defense needs, and every time that a contact group member announces another new security assistance package, it’s yet another sign of the free world’s enduring support for Ukraine and its refusal to accept Russia’s imperial aggression,” said Austin.

He went on to say that Ukrainian forces have been putting military aid that the US has been supplying them to immediate and effective use.

“Just look at how Ukrainian forces have been using high-end capabilities like HIMARS and M270 rockets systems (Multiple Launch Rocket System) in their broad approach to reclaim Ukraine’s sovereign territory,” he noted.

Defining Russia’s attacks as “cruelty,” Austin expressed that he is especially concerned that Russia is creating “combat conditions” around the Ukrainian nuclear power plant in Zaporizhzhia.