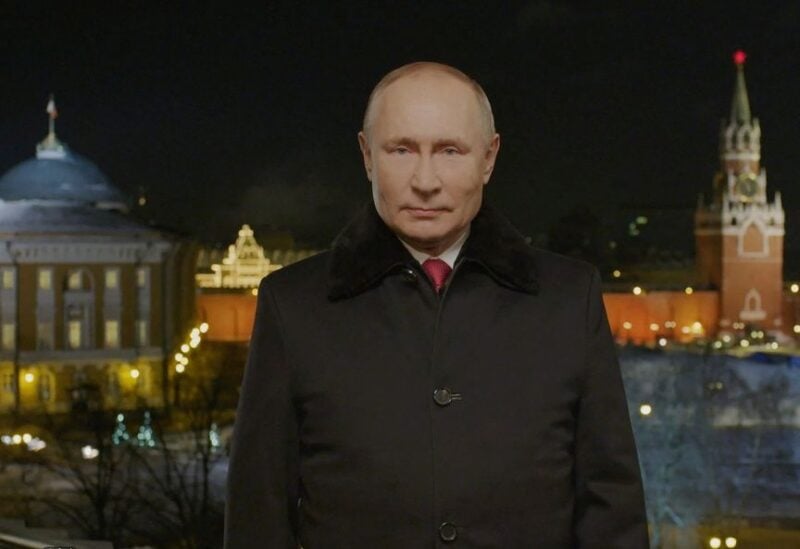 The withdrawal of Russian forces from a strategically vital town in eastern Ukraine has driven two influential allies of President Vladimir Putin to do something unusual in modern Russia: publicly mock the war machine’s top rank.

The collapse of Russia’s stronghold of Lyman, which threatens western areas of the Luhansk region, struck a chord with Ramzan Kadyrov, the head of the southern Russian republic of Chechnya.

Kadyrov, who has been close to Putin since his father and former president of Chechnya, Akhmad, was killed in a 2004 bomb attack in Grozny that also killed a Reuters photographer, suggested that Russia should consider using a small tactical nuclear weapon in Ukraine in response to the loss.

The nuclear warning caught the headlines, but his public scorn for Russia’s top generals may have been just as significant in a Russia where public criticism of the war effort from within the top echelons of the elite has been taboo.

“Nepotism in the army will lead to no good,” Kadyrov said, adding that the commander of Russian forces in the area should be stripped of his medals and sent to the front line with a gun to wash away his shame with blood.

Such public contempt for the generals running Russia’s war is significant because it indicates the level of frustration within Putin’s elite over the conduct of the war while also piercing the Kremlin’s carefully controlled narrative.

Kadyrov, who supports the war and has sent many of his own Chechen units to fight, said his criticism was the bitter truth about a Russian fighting force which he said allowed talentless mediocrities to let down the country.

The defence ministry did not respond to a request for comment. Russian officials say the history of Russian warfare shows that fighting often begins badly until the military can be properly organised. Writing off Russia, they say, is a poor bet.

“The heads of regions have the right to express their point of view,” Peskov told reporters. “Even at difficult moments, emotions should still be excluded from any assessments.”

More than seven months into a war that has killed tens of thousands and triggered the biggest confrontation with the West since the 1962 Cuban Missile Crisis, even Russia’s most basic war aims are far from achieved.

The vast army of a former superpower has been humbled on the field of battle by a much smaller Ukrainian force backed up with weapons, intelligence and advice from Western powers led by the United States.

In a fresh setback for Moscow on Monday, a Russian-installed official confirmed Ukrainian advances along the west bank of the Dnipro River in Kherson region in southern Ukraine, one of four regions Putin claimed last week to have annexed.

The defeats in Ukraine could undermine Putin, said Tatiana Stanovaya, non-resident scholar at the Carnegie Endowment for International Peace.

“Until September, the Russian elites had made the pragmatic choice to support Putin as a guarantor against defeat,” said Stanovaya

“But matters have progressed so far that they may now have to choose among various losing scenarios. That makes Putin far more vulnerable, for he may just find that he and the elites settle on different scenarios.”

Putin accuses the West of trying to use Ukraine to destroy Russia itself but says that Moscow will prevail in its “special military operation” there.

In an emotional interview with a pro-Kremlin radio host on Saturday, Andrey Gurulyov, a retired general and member of the State Duma from Putin’s United Russia Party said he could not explain the fall of Lyman. He then said troops defending the town had been doomed by “a system … of constant lying” that saw problems inside Russia’s military covered up by superiors.

On Russian state television, humility appeared to be seeping into the usual jingoistic rhetoric.

“I’d really like us to attack Kyiv and take it tomorrow, but I’m aware that the partial mobilisation will take time,” presenter Vladimir Solovyov said on Rossiya 1 state television.

“For a certain period of time, things won’t be easy for us. We shouldn’t be expecting good news right now.”

Chechnya’s Kadyrov said he had raised the possibility of a defeat at Lyman two weeks ago with Valery Gerasimov, chief of Russia’s general staff, but that Gerasimov had dismissed the idea.

Gerasimov, 67, is the third most powerful man in the Russian military after Putin and Defence Minister Sergei Shoigu. Shoigu landed Gerasimov the top military job just a few days after he was appointed defence minister in 2012.

“I do not know what the defence ministry reports to the supreme commander-in-chief (Putin), but in my personal opinion, more drastic measures should be taken,” said Kadyrov, who shed tears for the fallen at a ceremony in the Kremlin last week at which Russia formally annexed the four Ukrainian regions.

Asked about Kadyrov’s remarks, the powerful founder of the Wagner Group of mercenaries, Yevgeny Prigozhin, congratulated the Chechen leader.

“Ramzan – you rock man!” Prigozhin, known as Putin’s chef due to his company’s Kremlin catering contracts, said in a statement. “All these bastards should be sent barefoot to the front with automatic guns.”

When asked if his words should be considered criticism of the defence ministry, Prigozhin doused his reply with irony: “God forbid”.

“These statements are not criticism, but merely a manifestation of love and support,” said Prigozhin, who the United States says runs a mercenary army that has dabbled in conflicts in Africa and in Syria.

“I, and Ramzan Akhmatovich even more so, are the most cultured of people,” Prigozhin said, using Kadyrov’s patronymic as a sign of respect.