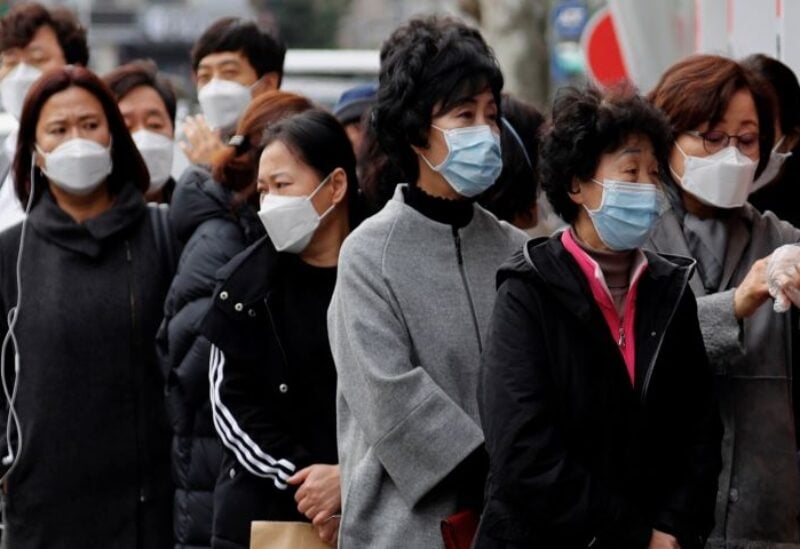 South Korea said on Thursday patients with mild coronavirus symptoms will have to treat themselves, aiming to free up medical resources for more serious cases, as new infections hit a fresh high because of the fast spreading Omicron variant.

South Korea has largely been a COVID-19 mitigation success story, thanks to aggressive testing and tracing, social distancing and mask wearing.

But as the highly infectious but less deadly Omicron variant began spreading, the government this month started to shift its strategy away from testing and tracing and towards self-monitoring, diagnosis and at-home treatment.

From Thursday, authorities will only provide care to COVID-19 patients aged 60 and older or with underlying conditions, while others monitor themselves and seek medical help from designated clinics if their conditions worsen.

Medical kits including an oxygen saturation measurement device, a thermometer and a fever remedy – previously available to all patients who treat themselves at home – would now be distributed only to priority groups.

Those with mild or no symptoms will now have to purchase such items at their own expense.

Officials have estimated around 13.5% of new cases would be classified as high risk groups.

The government had already scrapped contact tracing and mandatory self isolation.

“The previous scheme is no longer realistic in light of our limited resources, and takes massive social and economic costs compared with our medical needs,” health ministry spokesman Son Young-rae told a briefing on Wednesday.

“The goal of our new Omicron response system is to minimise serious cases and deaths by focusing on diagnosing and treating high risk groups, and to prevent the saturation and collapse of our medical capacity.”

South Korea’s daily number of new cases hit another daily record of 54,122 for Wednesday, bringing its total infections to 1,185,361 among its 52 million people, the Korea Disease Control and Prevention Agency said.

The daily count has surged more than two-fold in less than a week, and could reach some 170,000 cases later this month with up to 1 million in home treatment, the KDCA has said.

A total of over 1 million doses are expected to be shipped this week.

About 96% of South Korean adults have been fully vaccinated and almost 65% received a booster shot, KDCA data showed.